Over the past 18 months, the grow­ing team at Re­pare Ther­a­peu­tics has been qui­et­ly set­ting up shop in Ver­sant Ven­tures’ dis­cov­ery ops and fo­cus­ing on syn­thet­ic lethal­i­ty — the ther­a­peu­tic in­ter­play be­tween ge­net­ic mu­ta­tions and can­cer. Us­ing CRISPR gene edit­ing tech as an in­ter­ro­ga­tion tool, they’ve been play­ing with well known tar­gets like p53 and BR­CA1 to find out how they con­spire with oth­er mu­ta­tions in the de­struc­tion of a ma­lig­nan­cy, fol­low­ing the trail of le­sions in the pur­suit of new ther­a­pies that can work in the same fun­da­men­tal way those PARP in­hibitors you’ve been hear­ing so much about can fight can­cer.

The goal was to mas­ter syn­thet­ic lethal­i­ty and iden­ti­fy the first cou­ple of tar­gets to go af­ter in the clin­ic. They lined up their team, now at 20, li­censed in dis­cov­ery work from NYU on a poly­merase im­pli­cat­ed in nu­mer­ous can­cers, and to­day will come out of stealth mode with a $68 mil­lion round and at least a four-year run­way with plans to start tack­ling clin­i­cal work in late 2019.

Their first pro­gram in­volves DNA-di­rect­ed DNA poly­merase theta — PolQ — in­clud­ed in a path­way that re­pairs dou­ble-strand breaks in can­cer cells. And while they have a ways to go be­fore they be­gin hu­man stud­ies, the in­vestors are send­ing a mes­sage that the amount of cash they’re bet­ting on Re­pare in­di­cates a high lev­el of con­fi­dence for their longterm suc­cess. 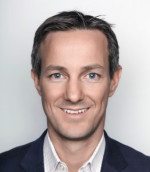 “The time we’ve been able to spend in stealth al­lowed us to build the com­pa­ny out of the spot­light,” says CEO Lloyd Se­gal. In Mon­tre­al they have de­vel­oped their med­i­c­i­nal chem­istry team un­der Cameron Black, the for­mer head of chem­istry at Mer­ck Frosst who joined a lit­tle more than a year ago. And when Ver­tex re­cent­ly shut down in Mon­tre­al, they swooped in, grab­bing an ex­pe­ri­enced team with a long track record of work­ing to­geth­er. 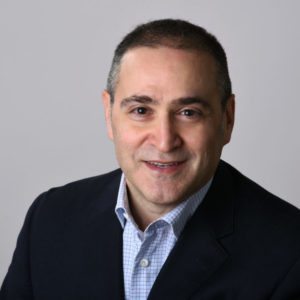 Ver­sant has gath­ered an im­pres­sive group of mar­quee in­vestors to back their up­start. MPM Cap­i­tal came in along­side as the lead in­vestor on the Se­ries A, with Cel­gene’s Swiss of­fice tak­ing part along with FTQ and BDC Ven­tures.

“We could have tak­en more mon­ey,” Se­gal tells me. “We had more than that on the ta­ble. But we be­lieved that was the kind of mon­ey that we hope will take two com­pounds in­to the clin­ic in late ’19 or ear­ly 2020.”

Ver­sant had a front row seat on some of the ear­ly work on syn­thet­ic lethal­i­ty at Clo­vis while it was work­ing on PARP, says Davis. “This is a field we know and our con­vic­tion is that PARP is the tip off the ice­berg.”

Re­pare has the plat­form that they plan to use to map out some of the rest of the un­ex­plored ter­ri­to­ry.

Even with­out R&D part­ners Se­gal feels that he has enough cash to make their way through at least the first 4 years. Add in the prospect of some ma­jor league play­ers com­ing in to part­ner on key prospects, and that run­way will stretch fur­ther. If it all plays out ac­cord­ing to plan, Se­gal adds, this will be their last ven­ture raise.

– Ron­ny Drap­kin, di­rec­tor of the Penn Ovar­i­an Can­cer Re­search Cen­ter and di­rec­tor of gy­ne­co­log­ic can­cer re­search at the Uni­ver­si­ty of Penn­syl­va­nia.