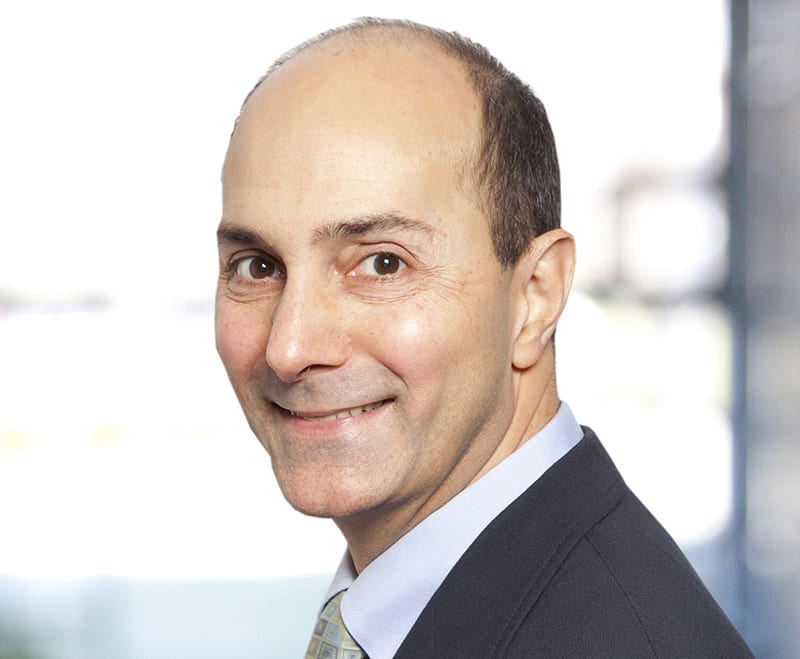 “De­spite be­ing trans­for­ma­tive ther­a­pies, the prices set by the man­u­fac­tur­er – cost­ing many mil­lions of dol­lars over the life­time of an av­er­age pa­tient – are out of pro­por­tion to their sub­stan­tial ben­e­fits,” said David Rind, ICER’s chief med­ical of­fi­cer in a state­ment.

A lit­tle over 300 dif­fer­ent mu­ta­tions are known to cause CF, and pa­tients typ­i­cal­ly car­ry path­o­gen­ic mu­ta­tions in both copies of the CFTR gene — the most com­mon such mu­ta­tion is F508del. The com­pa­ny’s Orkam­bi and Symke­vi fo­cus on the more com­mon F508del mu­ta­tion. Ver­tex’s first-ever ap­proved CF drug is Ka­ly­de­co. Its triplet reg­i­men, Trikaf­ta, which is de­signed to treat 90% of all CF pa­tients, was ap­proved by the FDA a spec­tac­u­lar five months ahead of its ex­pect­ed de­ci­sion date in Oc­to­ber.

“When a man­u­fac­tur­er has a mo­nop­oly on treat­ments and is aware that in­sur­ers will be un­able to refuse cov­er­age, the lack of usu­al coun­ter­bal­anc­ing forces can lead to ex­ces­sive prices. Pa­tients who re­ceive the treat­ments will ben­e­fit, but un­aligned prices will cause sig­nif­i­cant neg­a­tive health con­se­quences for many un­seen in­di­vid­u­als – those through­out so­ci­ety who will ex­pe­ri­ence fi­nan­cial tox­i­c­i­ty and may have to de­lay care, forego care, or even aban­don in­sur­ance as their out of pock­et costs and pre­mi­ums are dri­ven up­ward,” said Rind.

There was no doubt that all three drugs, most no­tably Trikaf­ta, of­fer a clin­i­cal ben­e­fit over stan­dard sup­port­ive CF care — ICER’s analy­sis sug­gest­ed that dis­counts of up to 77% would be im­per­a­tive to align prices with the drugs’ clin­i­cal val­ue.

The in­sti­tute worked up a health ben­e­fit price bench­mark (HBPB) — a price range in­di­cat­ing the high­est price a man­u­fac­tur­er should charge for a treat­ment, based on the amount of im­prove­ment in over­all health pa­tients achieve on that ther­a­py. Each of the four ther­a­pies, ac­cord­ing to this analy­sis, re­quires a sub­stan­tial dis­count, with­out which Ver­tex risks caus­ing “dis­pro­por­tion­ate­ly greater loss­es in health among oth­er pa­tients in the health sys­tem due to ris­ing over­all costs of health care and health in­sur­ance.” 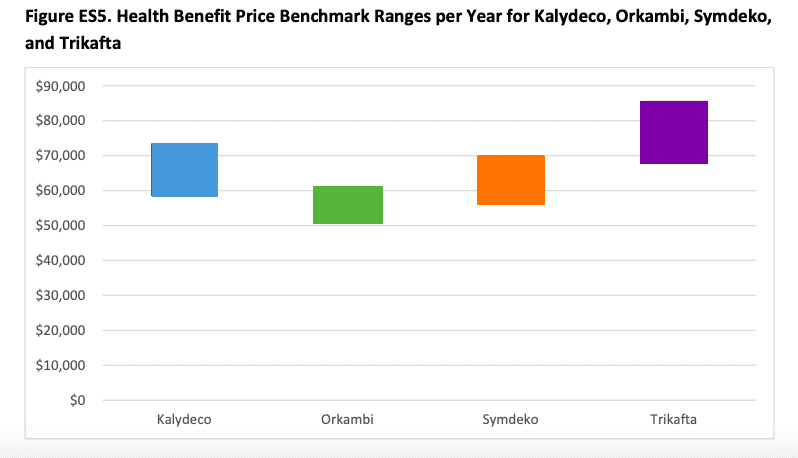 Al­though these drugs were de­vel­oped with sig­nif­i­cant fi­nan­cial and sci­en­tif­ic sup­port from the Cys­tic Fi­bro­sis Foun­da­tion, a rep­re­sen­ta­tive from the group sug­gest­ed that it was not in­clud­ed in Ver­tex’s dis­cus­sions around how the prod­ucts would be priced, ICER said.