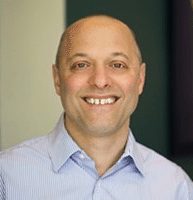 Shares of Voy­ager Ther­a­peu­tics $VY­GR took off in af­ter-mar­ket trad­ing on Wednes­day af­ter the biotech spot­light­ed signs of suc­cess from a small num­ber of pa­tients treat­ed with their gene ther­a­py for Parkin­son’s.

This once-off gene treat­ment is de­signed to amp up the ef­fec­tive­ness of lev­odopa, giv­ing pa­tients back bet­ter mo­tor con­trol that is lost as the dis­ease pro­gress­es, while cut­ting back on the dosage they have to take to man­age the dis­ease.

The key here is that in two dos­es test­ed in a sin­gle arm study among on­ly 10 pa­tients, the high­er dose in par­tic­u­lar ap­peared to have the great­est pos­i­tive im­pact.

“At 12 months in Co­hort 2, treat­ment with VY-AADC01 re­sult­ed in a 14-point, or 44%, im­prove­ment in UP­DRS-III off med­ica­tion, a 9-point, or 55% im­prove­ment in UP­DRS-III on med­ica­tion, and a 2.2 hour, or 48%, de­crease in di­ary off-time from base­line,” said Bernard Rav­ina, vice pres­i­dent of clin­i­cal de­vel­op­ment at Voy­ager Ther­a­peu­tics. “Very im­por­tant­ly, these im­prove­ments in mo­tor func­tion oc­curred with a sub­stan­tial 34% re­duc­tion in dai­ly dos­es of oral lev­odopa and re­lat­ed med­ica­tions at six months in Co­hort 2 that was main­tained at 12 months, a mag­ni­tude that we find com­pelling and con­sis­tent with the mech­a­nism of ac­tion of VY-AADC01. The dose-es­ca­lat­ing por­tion of this tri­al con­tin­ues and we plan to com­plete Co­hort 3 en­roll­ment in ear­ly 2017, re­port 6-month da­ta from this Co­hort as well as longer-term da­ta from Co­horts 1 and 2 in mid-2017, and present re­sults from this tri­al at a med­ical con­fer­ence in the first half of next year.” 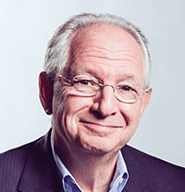 All 10 pa­tients had passed the 6-month mark af­ter ther­a­py and 5 of the low-dose group and 3 of the high-dose arm hit a full 12 months.

This is a long way from piv­otal da­ta, which will re­quire a larg­er group of pa­tients cov­er­ing a longer pe­ri­od of time to test dura­bil­i­ty. But it does give Voy­ager CEO Steven Paul the kind of proof-of-con­cept da­ta need­ed to demon­strate that the biotech is on the right track, with a bet­ter idea of the dose need­ed to make a pos­i­tive dif­fer­ence for these pa­tients as he and his team pon­der mount­ing a late-stage study in 2017.

Russia has tried to steal a Covid-19 vaccine and therapeutics researcher from pharmaceutical and academic institutions in the US, UK and Canada, Britain’s National Cyber Security Centre said Thursday.

The NCSC said that hacking attempts came from a group known as APT129, also known as “Cozy Bear,” that “almost certainly operate as part of Russian intelligence services.” The Canadian Communication Security Establishment, US Department for Homeland Security, the Cybersecurity Infrastructure Security Agency, and the National Security Agency shared the assessment, the NCSC said.