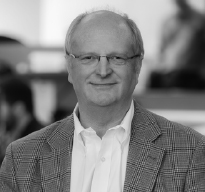 → Wern­er Cautreels, the long­time CEO at Se­lec­ta Bio­sciences $SELB, is re­tir­ing from his post. The biotech re­port­ed this morn­ing that Bay­er vet Carsten Brunn has been named as the new CEO. Cautreels is stay­ing on as an ad­vis­er af­ter he leaves his job at the end of this year. Se­lec­ta is prep­ping a Phase III study for SEL-212, an ex­per­i­men­tal gout drug. Cautreels was named CEO in 2010, a cou­ple of years af­ter the launch of the com­pa­ny fo­cused on Syn­thet­ic Vac­cine Par­ti­cle tech from the lab of MIT’s Bob Langer.

→ No­var­tis $NVS has found a man­u­fac­tur­ing part­ner in Chi­na for its CAR-T drug Kym­ri­ah. No­var­tis is pay­ing $40 mil­lion for a chunk of stock in Cel­lu­lar Bio­med­i­cine Group $CB­MG, which will take the lead on man­u­fac­tur­ing the ther­a­py while No­var­tis steers ahead on dis­tri­b­u­tion, reg­u­la­to­ry and com­mer­cial­iza­tion ef­forts in Chi­na. “To­geth­er with No­var­tis, we hope to bring the first CAR-T cell ther­a­py to pa­tients in Chi­na,” says CB­MG CEO Tony Liu. “In ad­di­tion, we con­tin­ue to fo­cus on de­vel­op­ing CB­MG’s pipeline of im­muno-on­col­o­gy as­sets.”

→ The Dutch com­pa­ny A-Man­sia Biotech raised an €18 mil­lion Se­ries A fi­nanc­ing round to back its re­search in­to the mi­cro­bio­me. Its found­ing sci­en­tists are Pro­fes­sor Willem de Vos from Wa­genin­gen Uni­ver­si­ty and Pro­fes­sor Patrice D. Cani from the Uni­ver­si­ty of Lou­vain.

→ Mérieux Eq­ui­ty Part­ners has lined up the launch of its Mérieux Par­tic­i­pa­tions 3 fund, with an ini­tial $235 mil­lion to in­vest. Part­ners will be on the look­out for small- to mid-cap eq­ui­ty in­vest­ments in a range of com­pa­nies in health­care and nu­tri­tion.