With new buy­out, J&J jumps back in on a sto­ried but trou­bled Holy Grail tar­get

It was easy to see why. Orig­i­nal­ly iden­ti­fied in 1972 by an In­di­an-Cana­di­an chemist, who hid it in ice cream tubs in his freez­er and then smug­gled it in­to the US af­ter the com­pa­ny he worked for asked him to aban­don the pro­gram, it was fi­nal­ly ap­proved in 1999 as an im­muno­sup­pres­sant for or­gan trans­plant re­cip­i­ents.

But it showed a wide range of strange ef­fects. Broad­ly speak­ing, it seemed to stop cells from di­vid­ing — a fea­ture seen most no­tably in ex­per­i­ments show­ing mice, giv­en the drug, lived about 12% longer.

It could al­so, it seemed, slow the growth of heart tis­sue on stents — an in­di­ca­tion where it’s now used — and slow the growth of can­cer cells. This was seen in rig­or­ous an­i­mal mod­els and, anec­do­tal­ly, in the In­di­an-Cana­di­an chemist him­self, Suren­dra Nath Se­h­gal, who start­ed tak­ing ra­pamycin af­ter be­ing di­ag­nosed with what doc­tors said was ter­mi­nal colon can­cer. He lived five years, on­ly dy­ing af­ter he stopped.

Al­though one No­var­tis mTOR-tar­get­ing drug, everolimus, was ap­proved for sev­er­al can­cers, most drug com­pa­nies moved on. No­var­tis it­self of­floaded its mTOR pipeline to PureTech in 2017.

Now, though, J&J is get­ting back in the game. The phar­ma an­nounced on Wednes­day it bought, for an undis­closed sum, a tiny biotech known as Anakuria Ther­a­peu­tics. 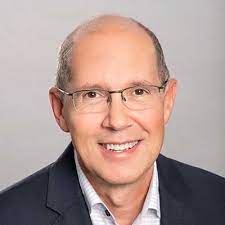 Al­though re­searchers have ad­vised against us­ing ra­pamycin di­rect­ly in such pa­tients be­cause of its ex­treme side ef­fects, they’ve the­o­rized some type of mTOR in­hibitor could help slow cyst growth. Pre­sum­ably, J&J sees the new mol­e­cule as safer and more se­lec­tive.

With new buy­out, J&J jumps back in on a sto­ried but trou­bled Holy Grail tar­get