The last time I talked to Za­vante CEO Ted Schroed­er in the spring of 2017, he was steer­ing his an­tibi­ot­ic Zolyd (fos­fomycin for in­jec­tion, or ZTI-01), plan­ning to squeak past the goal lines at the FDA with­out a pen­ny to spare of his $45 mil­lion in in­vestor back­ing. 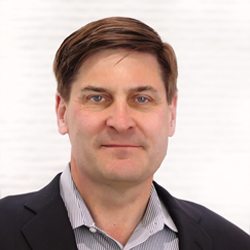 The an­tibi­ot­ic is an old one, out­side the US, and he had grabbed coun­try rights in ex­pec­ta­tions that it would work as ex­pect­ed.

The an­tibi­ot­ic is now called Con­tepo, and Schroed­er is still in charge of get­ting it to the FDA. In fact, he’s tak­ing the CEO’s job in the deal, tak­ing the place of Col­in Broom.

De­vel­op­ing an­tibi­otics may be ur­gent­ly need­ed, but they are not go­ing af­ter block­buster mar­kets. Most an­tibi­otics in use are cheap gener­ics, mak­ing this one risky field with­out a ma­jor up­side. That’s one rea­son why drug re­sis­tance con­tin­ues to get worse. With­out bet­ter mar­ket in­cen­tives, we’ll con­tin­ue to see ma­jor play­ers bow out, as we saw re­cent­ly when No­var­tis shut down its an­tibi­otics re­search work and laid off 140 peo­ple.

Broom, now work­ing as a con­sul­tant to Schroed­er, said: