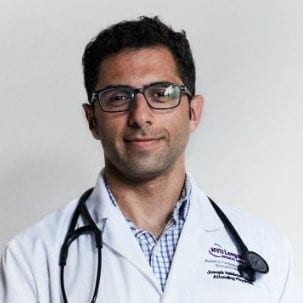 Joseph Hab­boushe watched his fa­ther strug­gle with the same is­sue for high-dose niacin, a cho­les­terol treat­ment that al­so caused a flush that could be pre­vent­ed if you on­ly took as­pirin 30 min­utes to an hour be­fore.

So Hab­boushe, an ER doc, en­tre­pre­neur and aca­d­e­m­ic be­gan work­ing on a way to in­te­grate the two and come up with some­thing that would give as­pirin’s an­ti-flush ef­fect at the same time a pa­tient took the main med­i­cine. He filed his first patent in 2012, and to­day he’s of­fi­cial­ly an­nounc­ing the com­pa­ny: Vi­tal­is Phar­ma­ceu­ti­cals.

In­for­ma­tion is scant on Vi­tal­is. The com­pa­ny has not dis­closed its in­vestors or how much mon­ey they have, and aside from an 18-per­son pi­lot study that found a 63% flush re­duc­tion, there’s lit­tle da­ta to back them up. De­spite that, they’re aim­ing to hit the mar­ket in 2021.

They have sev­er­al can­di­dates — in­clud­ing ones for non-opi­oid pain and dys­lipi­demia — but their main pitch is around Tec­fidera, the pill that earned Bio­gen over $4 bil­lion last year. Hab­boushe said that while he be­gan by try­ing to find a way of ward­ing off flush, he emerged with a pill he claims can not on­ly re­duce flush but al­so has bet­ter phar­ma­co­ki­net­ic prop­er­ties and can get around Bio­gen’s patents.

Bio­gen’s patents are slat­ed to ful­ly ex­pire in 2028, but sev­er­al com­pa­nies have al­ready chal­lenged that, hop­ing to void it ear­li­er. Most no­tably, My­lan is in the midst of a court case to void the patent on the ba­sis of ob­vi­ous­ness, and in 2017, Bio­gen paid $28 mil­lion and promised more in mile­stones to Alk­er­mes to buy­out their chal­lenge.