The Sen­ate health com­mit­tee on Tues­day re­leased its first ver­sion of the bill to reau­tho­rize all the dif­fer­ent FDA user fees. But un­like the House ver­sion, there are on­ly a few con­tro­ver­sial ... 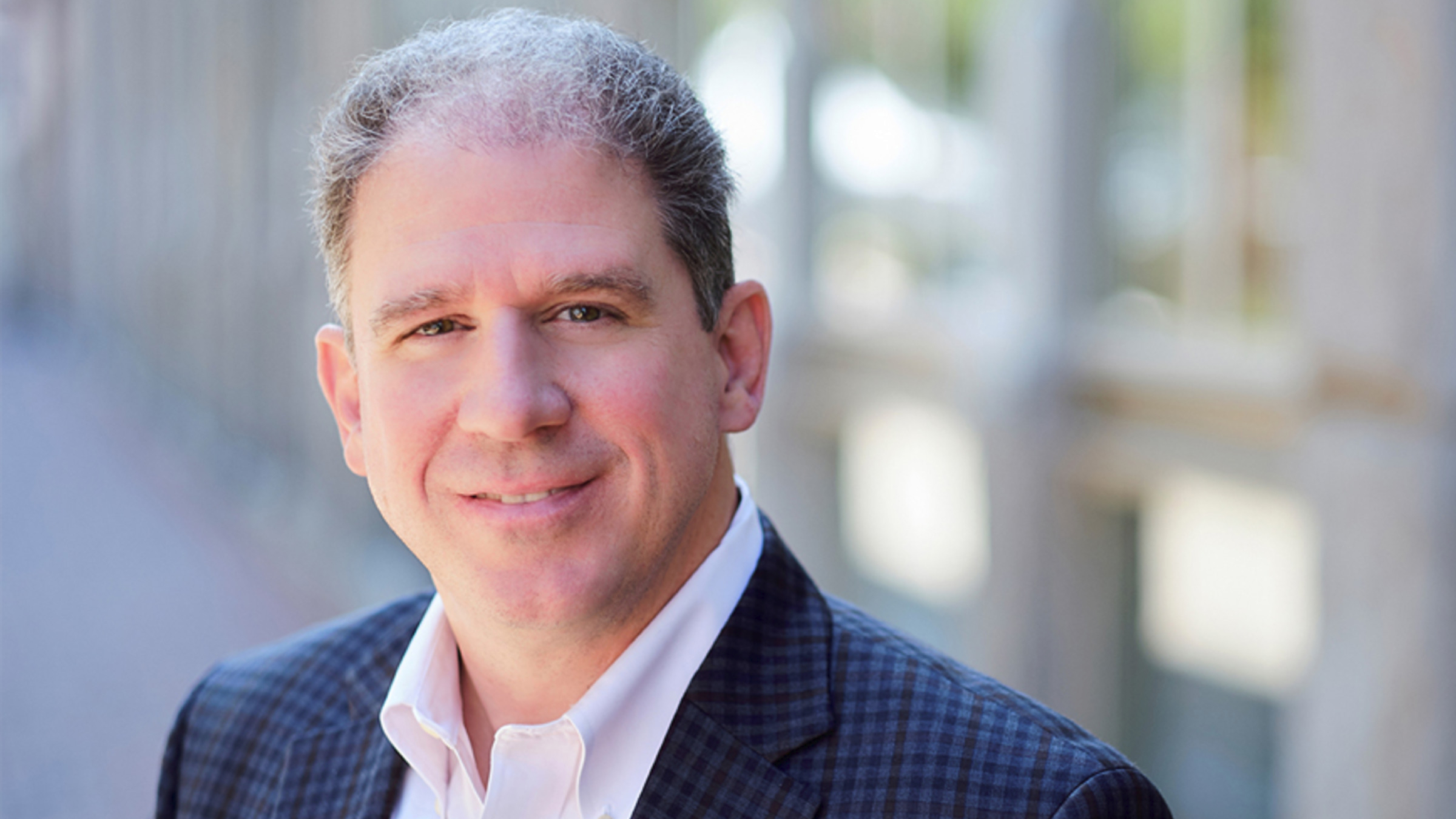 Back in 2016, Otsuka and Akebia signed the first licensing and co-development agreement for vadadustat, a drug candidate for renal anemia related to chronic kidney disease in the US. The following year, the biotechs signed an extension worth more than $850 million in upfront and milestone payments.

Now, the whole kit and caboodle are no more.

The Cambridge, MA-based Akebia and Otsuka separately announced the deal is off Friday, after Otsuka sent written notice to Akebia on May 12 that the partnership has been terminated. Akebia said in an SEC filing filed Friday that the termination will go into effect in a year’s time.

Eli Lilly has clinched a key OK for tirzepatide, drawing the curtain on what it hopes will be a major cardiometabolic franchise and a serious rival to a megablockbuster from Novo Nordisk.

With the FDA approval, Lilly will start marketing tirzepatide injection as Mounjaro to adults with Type 2 diabetes, the first such treatment that’s also a dual GIP/GLP-1 receptor agonist.

But the label also comes with a black box warning regarding thyroid C-cell tumors, and the drug is contraindicated in patients with a personal or family history of medullary thyroid carcinoma or in patients with multiple endocrine neoplasia syndrome type 2. 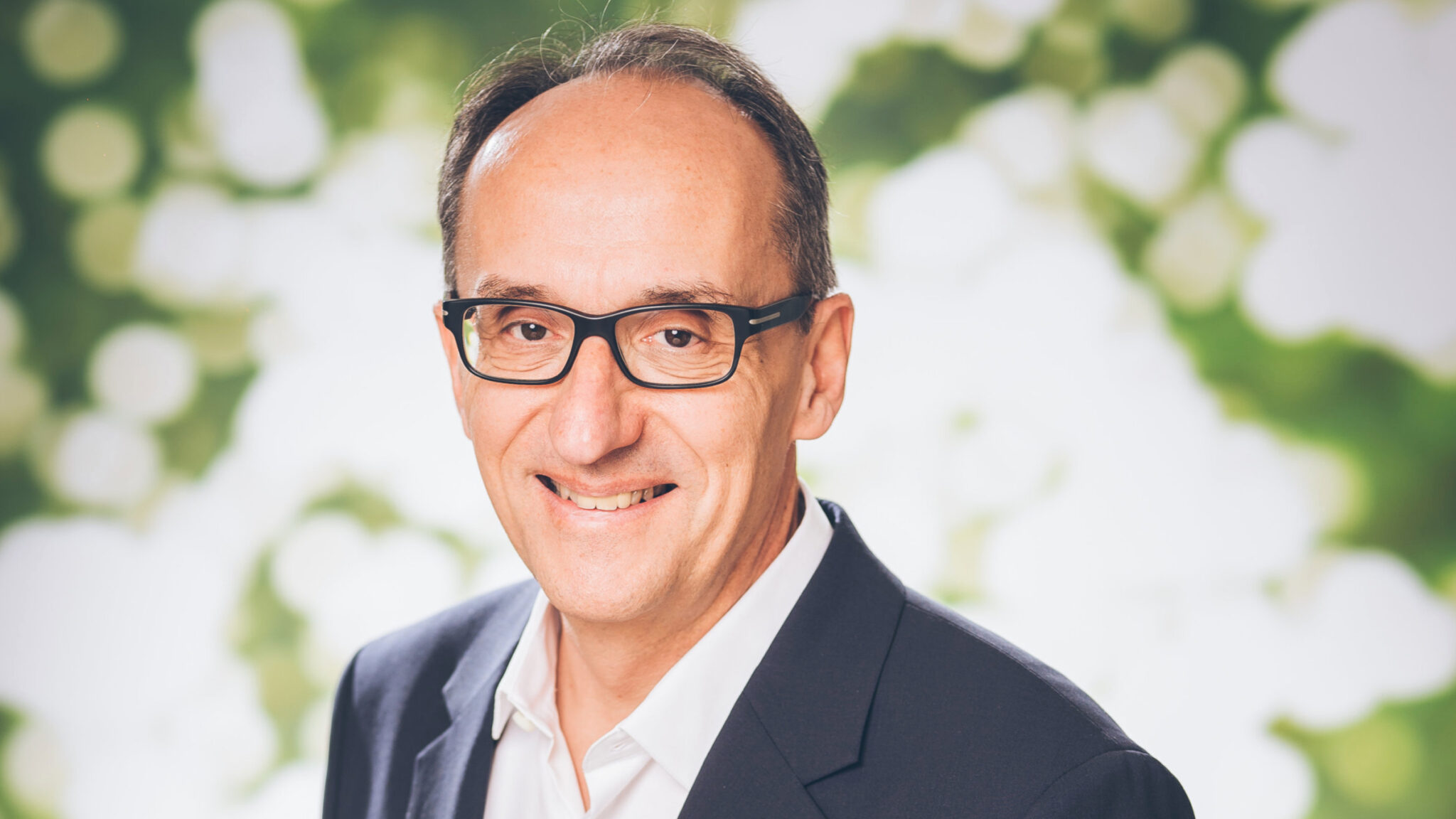 After a months-long wait, UCB has finally heard back from the FDA regarding its plaque psoriasis drug. And the verdict is no.

The agency rejected the BLA for the IL-17 inhibitor, which is already approved in Europe, the UK, Japan, Canada and Australia. According to UCB, the complete response letter states that “certain pre-approval inspection observations must be resolved before approval of the application” — although it didn’t specify the problem. 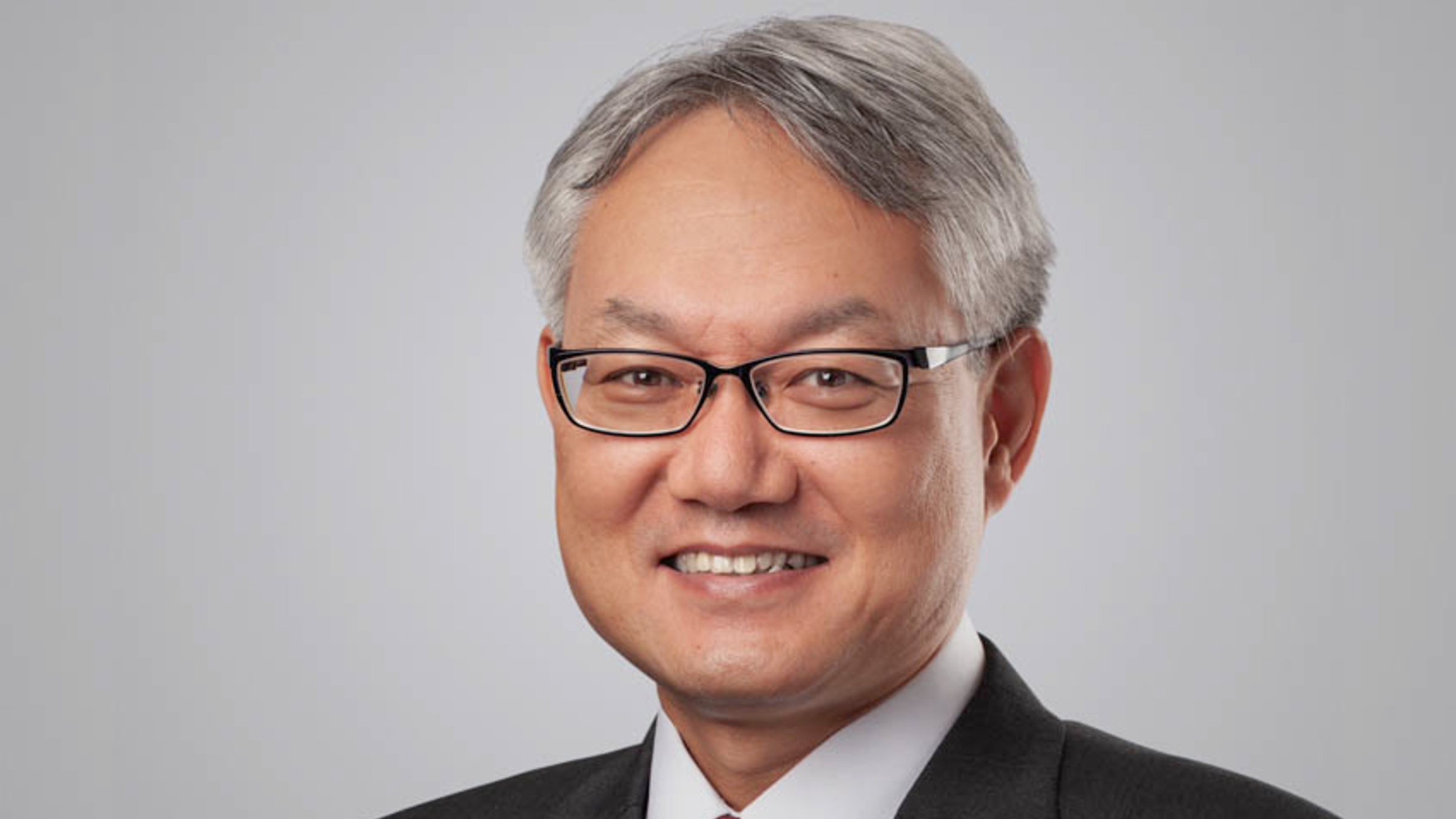 Much of the ALS drug news in recent months has focused on Amylyx Pharmaceuticals and its experimental program reviewed by an FDA advisory committee in March. But on Thursday, the FDA greenlighted a new way to take an already-approved ALS drug that flew under the radar.

US regulators OK’ed an oral formulation of Radicava, first approved to treat ALS back in 2017 as a series of IV infusions, to treat adults with ALS, the agency announced Thursday afternoon. The decision gives patients another option for a universally fatal disease with only one other approved drug.

An India-based generics manufacturer is once again feeling the wrath of US regulators.

Aurobindo Pharma has been slapped with a Form 483 following an inspection of the company’s oral manufacturing facility, the company announced in a letter, while keeping the details to a minimum.

The facility is located in Jadcherla, India, outside of the city of Hyderabad. The inspection began last week, and concluded on Tuesday, according to Aurobindo. The FDA noted six observations, though it’s still unclear exactly what went wrong.

Leaving any hint of partisanship to the dust, the subcommittee on health of the House’s energy and commerce committee came together across both sides of the aisle to support not only the user fee reauthorizations that provide for the majority of FDA’s budget, but also the add-on bills that would reform the agency’s accelerated approval pathway among other measures.

AT-GAA, Amicus Therapeutics’ lead Phase III drug for Pompe disease, was at the center of attention during the Q1 call with investors Monday. Execs talked about their high hopes for an approval by the July 29 PDUFA date, and analysts were asking questions about launch preparation.

The FDA, though, needs more time to make a decision.

Just after the market closed on Tuesday, Amicus put out word that the FDA has pushed back its review period by 90 days. The agency was dealing with two separate applications — a BLA for cipaglucosidase alfa and an NDA for miglustat — for the two components of AT-GAA, with PDUFA dates scheduled two months apart.

Almost exactly a year ago, Biogen CEO Michel Vounatsos boasted that the company’s new Alzheimer’s drug, prepping for billions in sales following its quick FDA approval, was a “first-in-class medicine” that “will transform the treatment of people living with Alzheimer’s disease.”

One year later and Aduhelm has been used in very few patients, Eisai has basically dropped its involvement, and now the drug has been all but completely discarded by Biogen as the company is under at least a half dozen investigations from the FDA, HHS, SEC, FTC and congressional committees related to its close links with the FDA and how it won approval. 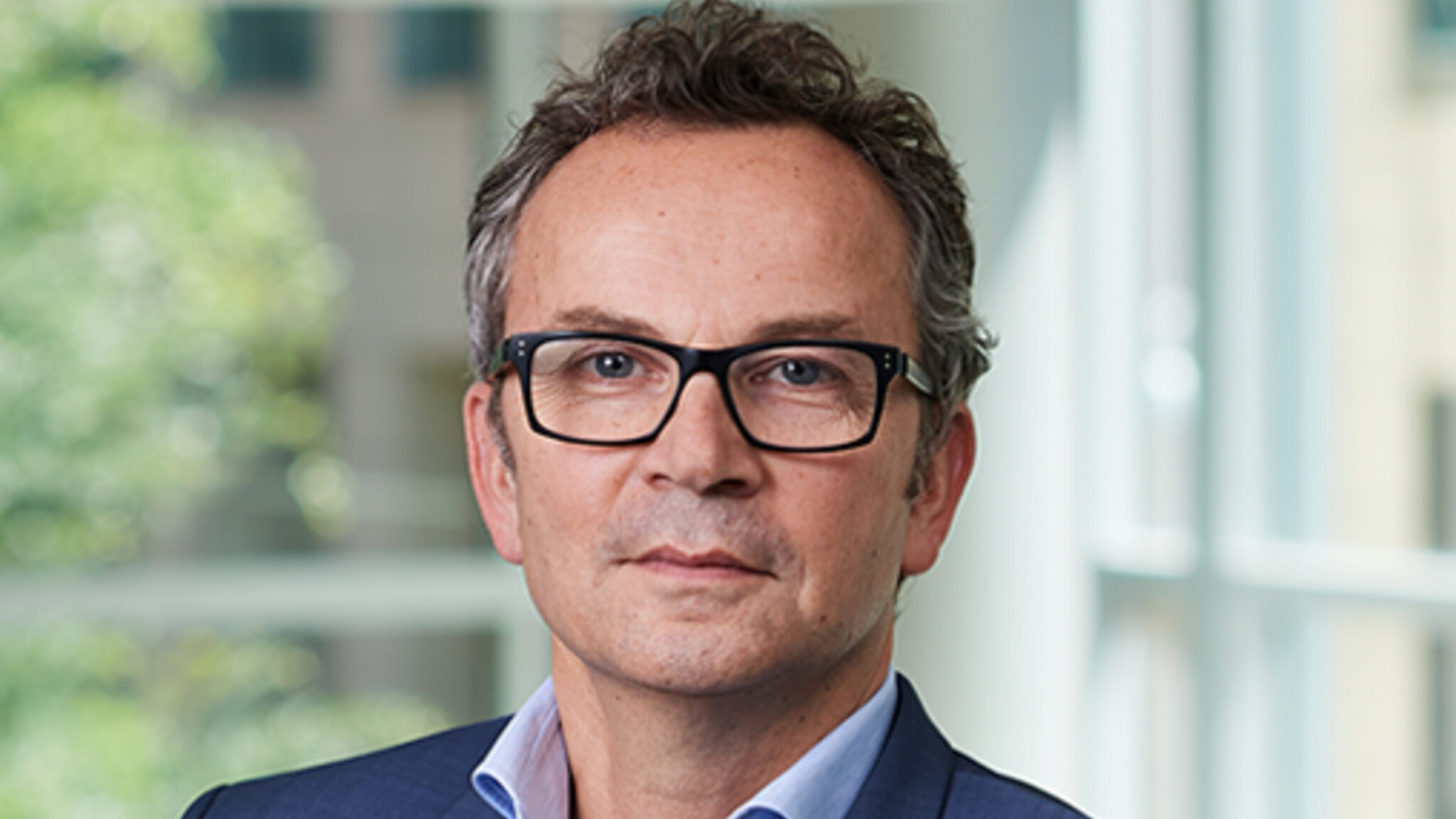 LogicBio Therapeutics has received some good news this morning as the FDA has lifted a three-month clinical hold on one of the company’s primary trials for a potential gene editing drug, but the trial isn’t expected to resume until next quarter.

Enrollment in the Phase I/II trial, dubbed SUNRISE, for LogicBio’s gene editing therapy LB-001 will be allowed to resume. The trial is focused on pediatric patients with methylmalonic acidemia, or MMA, an inherited disorder in which the body is unable to process certain proteins and lipids properly.

The FDA’s top vaccine leader told a congressional committee on Friday afternoon that although the adult vaccines had to meet a 50% threshold for efficacy against Covid-19 infections, that same standard will not need to be met for the vaccines for the youngest group of children, for which a vaccine is not yet available.

The agency is currently reviewing data from Moderna’s two-shot vaccine for this youngest group as it awaits further data from Pfizer on its potential three-dose shot. Moderna has said its vaccine is 51% effective in children 6 months to 2 years of age and 37% effective in 2- to 5-year-olds. The agency also previously scheduled and then canceled an adcomm to review data on two doses of Pfizer’s vaccine for children under the age of 5.