On Tues­day, we got some idea of how dif­fi­cult. 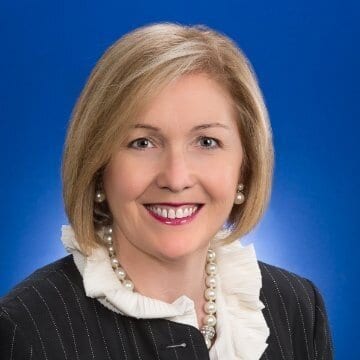 San Diego-based Neu­ro­crine re­vealed that one of the three spot­light clin­i­cal pro­grams they’d ac­quired failed the pri­ma­ry end­point in a Phase II tri­al for schiz­o­phre­nia, reg­is­ter­ing a neg­a­tive out­come on the change from base­line in the pos­i­tive and neg­a­tive syn­drome scale/neg­a­tive symp­tom fac­tor score (PANSS NS­FS).

Our sense is that the miss on the pri­ma­ry end­point, the PANSS neg­a­tive score, was like­ly due to a true lack of ef­fi­ca­cy, rather than any con­duct is­sues such as base­line im­bal­ances, glob­al site vari­abil­i­ty or high place­bo ef­fect, though the com­pa­ny has not yet com­plet­ed full analy­sis of PK char­ac­ter­i­za­tion (re­call there is a mod­est food ef­fect). The com­pa­ny is not re­port­ing whether there were any no­table trends or dose de­pen­dent sig­nals, sug­gest­ing there like­ly were none.

There is, though, still a sil­ver lin­ing. The drug — al­so known as TAK-831 — met the sec­ond end­points as­sess­ing cog­ni­tive per­for­mance, and the side ef­fects ap­peared con­sis­tent with pre­vi­ous stud­ies.

All of that backs fur­ther clin­i­cal work with the help of Take­da, Roberts added.

Neu­ro­crine had put down $120 mil­lion up­front to get its hands on a pack­age of three clin­i­cal-stage drugs, plus four more pre­clin­i­cal ther­a­pies. Take­da is then in line for $495 mil­lion in de­vel­op­ment mile­stones plus $1.4 bil­lion in com­mer­cial goal cash as well as roy­al­ties. Or it can trade in some of those mile­stones in fa­vor of a 50:50 prof­it share — should it choose to opt-in.

The deal marked one of the last steps of a ma­jor R&D re­org at Take­da, which was look­ing to shed some weight and earn some cash af­ter pay­ing $62 bil­lion to merge with Shire.

We will have to wait for the da­ta. The com­pa­ny says it’s eval­u­at­ing the re­sults to de­ter­mine the next steps.