Abzena picks North Car­oli­na as the home for its 6th man­u­fac­tur­ing site, plans to add 325 jobs in San­ford

The fa­cil­i­ty is com­ing as part of a mul­ti-phase out­lay that will add four mod­u­lar suites in the ini­tial phase, each of which will house two 2,000-liter biore­ac­tors. A sec­ond phase will add an­oth­er two suites with the 2,000-liter biore­ac­tors, for a to­tal of 12. The fa­cil­i­ty, Abzena said, will ac­com­mo­date Phase III and com­mer­cial man­u­fac­tur­ing, and will al­so be equipped to han­dle con­tin­u­ous man­u­fac­tur­ing and per­fu­sion by the mid­dle of 2022. 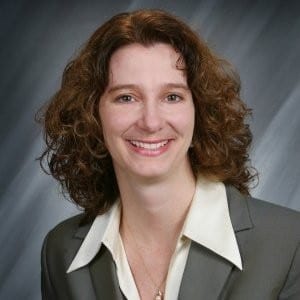 The ex­pan­sion al­so comes as a big boon for North Car­oli­na, one of the fastest-grow­ing biotech hubs in the coun­try.

“North Car­oli­na of­fers great re­sources for ac­cess to a tal­ent­ed work­force and oth­er re­sources for us as we bring the new fa­cil­i­ty on-line,” Abzena Pres­i­dent and COO Kim­ball Hall said in a state­ment.

The Abzena an­nounce­ment comes just weeks af­ter CD­MO Fu­ji­film Diosynth Biotech­nolo­gies al­so picked North Car­oli­na as the fu­ture home of its own $2 bil­lion bi­o­log­ics site that will ri­val some of the largest fa­cil­i­ties in the world. The Japan­ese sub­sidiary picked Hol­ly Springs, NC, for its cell cul­ture, plan­ning to add 725 jobs in the area by 2028.

Fu­ji­film had been search­ing for a home for the plant af­ter an­nounc­ing its in­tent to build back in Jan­u­ary. The com­pa­ny eyed lo­ca­tions with­in shout­ing dis­tance of its ex­ist­ing US sites in Col­lege Sta­tion, TX, and Mor­risville, NC. Ul­ti­mate­ly, North Car­oli­na won the lot­tery due to its “strong pool of tech­ni­cal tal­ent, lo­cal re­sources and part­ners with the right com­pe­ten­cies, clean en­er­gy re­sources, and sus­tain­abil­i­ty for fu­ture growth,” Fu­ji­film said in a re­lease.

Abzena picks North Car­oli­na as the home for its 6th man­u­fac­tur­ing site, plans to add 325 jobs in San­ford