Im­por­tant­ly, the gov­ern­ment added, Acte­lion bud­get­ed its do­na­tions to the foun­da­tion care­ful­ly to make sure that its con­tri­bu­tion would not cov­er pa­tients tak­ing ri­val PAH drugs. It did so by keep­ing close track of the num­ber of pa­tients the foun­da­tion helped and the amount spent on them. 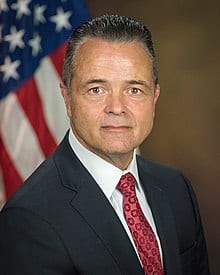 Dur­ing the pe­ri­od cov­ered in the set­tle­ment, US At­tor­ney An­drew Lelling not­ed, “Acte­lion raised the price of its main PAH drug, Tr­a­cleer, by near­ly 30 times the rate of over­all in­fla­tion in the Unit­ed States.”

Car­ing Voice Coali­tion, the med­ical char­i­ty in­volved in the scheme, got in­to trou­bles of its own late last year when the gov­ern­ment re­voked its rights to pro­vide such co-pay as­sis­tance to pa­tients, due to con­cerns about im­prop­er in­flu­ence from drug­mak­ers.

Unit­ed Ther­a­peu­tics, an­oth­er PAH drug­mak­er, set­tled a sim­i­lar probe a month lat­er for $210 mil­lion, one of the first to emerge from an in­dus­try-wide in­ves­ti­ga­tion.