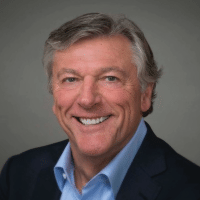 Ever­core in­dus­try an­a­lyst Umer Raf­fat wrote a note this morn­ing about his take on the ap­proval, which was based on re­sults from two Phase III tri­als.

“I have to ad­mit: I was in the more skep­tic camp on un­met need for drug treat­ments in hy­per­hidro­sis … un­til I saw a work­shop host­ed by FDA where I lis­tened to many pa­tient sto­ries about the so­cial stig­ma/un­suc­cess­ful job in­ter­views etc. At present, Der­mi­ra es­ti­mates 5 (mil­lion) hy­per­hidro­sis pa­tients have had a dis­cus­sion with the doc, but on­ly ~15% treat­ed. Der­mi­ra will have to work hard on cre­at­ing this mar­ket.”

Raf­fat not­ed that Botox is cur­rent­ly ap­proved in hy­per­hidro­sis, but the drug has seen no sales growth in the in­di­ca­tion, hold­ing steady at about $70 mil­lion per year. Ever­core is mod­el­ing $200 mil­lion in peak sales, start­ing in 2019 with about $30 mil­lion. Qbrexza is ex­pect­ed to be avail­able na­tion­wide in phar­ma­cies be­gin­ning in Oc­to­ber 2018.