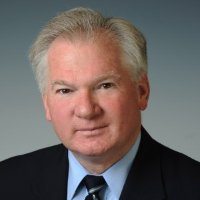 When Aeter­na Zen­taris $AEZS planned a move to Charleston, SC, a cou­ple of years ago, the biotech promised to cre­ate a batch of new jobs as it wres­tled to make a come­back fol­low­ing a sting­ing FDA re­jec­tion of its lead drug. This morn­ing, though, the com­pa­ny sim­ply added to its litany of set­backs.

Billed by at least one an­a­lyst as the fu­ture of the com­pa­ny, the biotech an­nounced that its drug Zop­trex failed a Phase III study for ad­vanced en­dome­tri­al can­cer. And now it’s sim­ply wash­ing its hands of the drug and go­ing back to see if they can wres­tle an ap­proval for an old drug that’s al­ready been re­ject­ed by the FDA.

That re­sult fol­lows a Phase III fail­ure of their lead drug Macrilen in Jan­u­ary, which the FDA re­ject­ed three years ago. Aeter­na Zen­taris said it was con­sid­er­ing what next steps, if any, it would take on the drug af­ter the con­fir­ma­to­ry study end­ed in fail­ure. Then weeks lat­er the com­pa­ny added that the FDA had spelled out the ad­di­tion­al da­ta need­ed that could lead to an ap­proval. And this morn­ing, faced with a sep­a­rate dis­as­ter, they are now talk­ing not on­ly about pur­su­ing the new drug ap­pli­ca­tion, but mar­ket­ing plans as well.

It’s a tough sale, though, as the last bit of cred­i­bil­i­ty at the com­pa­ny takes a bruis­ing hit.

CEO David Dodd had this to say:

Our fo­cus has now shift­ed en­tire­ly to fil­ing our new drug ap­pli­ca­tion for Macrilen and, if the prod­uct is ap­proved, to its com­mer­cial launch as soon as pos­si­ble. We will al­so op­ti­mize our re­sources to be con­sis­tent with our fo­cus on Macrilen-re­lat­ed ef­forts. We con­tin­ue to be­lieve in the po­ten­tial that Macrilen pro­vides for us to be­come a fo­cused spe­cial­ty phar­ma­ceu­ti­cal com­pa­ny. Our in­ten­tion is to sub­mit the Macrilen NDA in the third quar­ter of 2017 and, if the prod­uct re­ceives FDA ap­proval, to com­mer­cial­ly launch the prod­uct in the first quar­ter of 2018.

UP­DAT­ED: How much has pre­ci­sion med­i­cine helped? A new NCI study of­fers clues

The approach, based on finding a drug to target a patient’s specific genes, has undoubtedly saved individual lives, spurring Lazarus-like reversals in health in once-terminally ill patients. But critics have pointed out that its pursuit has meant drug companies spending hundreds of millions of dollars to target mutations that affect narrow slices of the populations, and that many of the gains researchers thought it would bring have eroded as cancers evolve resistance.

UP­DAT­ED: How much has pre­ci­sion med­i­cine helped? A new NCI study of­fers clues