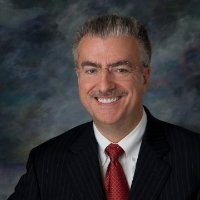 Ae­vi Ge­nom­ic Med­i­cine had all its eggs in one pot. And this morn­ing, that pot got smashed by a land­slide of bad da­ta.

In­ves­ti­ga­tors did tease out sil­ver lin­ings, though. There was some en­cour­age­ment on the inat­ten­tion sub­scale. And if you just look at the pa­tients who re­spond­ed, there was a sig­nif­i­cant gain.

More than one in five AD­HD pa­tients have the ge­net­ic mu­ta­tion, and Ae­vi still be­lieves that it’s on the right track to treat­ing them with a more per­son­al­ized ther­a­py. But that is a tough sale at this stage of the game.