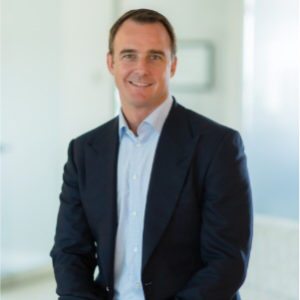 But that PDU­FA dead­line has come and gone and there’s no word on what the FDA has done with it. And the com­pa­ny CEO tells me there isn’t go­ing to be.

Con­tact­ed by phone, David Lick­r­ish told me ear­li­er to­day that “we’re still in dis­cus­sions with the agency.” Pressed that the FDA would ei­ther re­ject the drug, OK it or de­lay the de­ci­sion — pick one — Lick­r­ish told me I’d caught him at a bad time and he’d get back to me.

In an email, he stuck with no com­ment.

With re­spect to the fil­ing, as a pri­vate­ly held com­pa­ny, and for com­pet­i­tive rea­sons, we are not com­ment­ing on the sta­tus of our NDA.  Hav­ing said that our pack­age con­tained 10 tri­als in­clud­ing two piv­otal stud­ies which at­tempt to eval­u­ate AD­HD dur­ing both the ear­ly morn­ing rou­tine and evening rou­tine pe­ri­ods, us­ing rat­ing scales not cur­rent­ly in Clin­i­cal Out­comes and As­sess­ment Com­pendi­um.  Be­yond this we won’t be com­ment­ing fur­ther on the on­go­ing in­ter­ac­tions with the Agency.

I asked the FDA for com­ment, which has stuck with a strict no com­ment pol­i­cy of its own be­fore Scott Got­tlieb ar­rived and ad­vo­cat­ed pub­lish­ing the CRLs.

They haven’t changed — yet. Their re­sponse:

At the time of the fi­nanc­ing in Jan­u­ary, Craig Lewis, pres­i­dent of Iron­shore Phar­ma­ceu­ti­cals, cel­e­brat­ed the com­pa­ny’s loom­ing trans­for­ma­tion from an R&D com­pa­ny to a full-fledged op­er­a­tion with a com­mer­cial­iza­tion wing. HLD200, he said in a state­ment, was on its way to be­com­ing a stan­dard ther­a­py for AD­HD. He added: “Our com­mer­cial or­ga­ni­za­tion is be­ing pur­pose-built with this ob­jec­tive in mind.”

In the mean­time, the com­pa­ny al­so her­ald­ed the ar­rival of two Shire vet­er­ans — Bar­ry K. Her­man as SVP, head of med­ical af­fairs and Paul J. Casano­va as SVP of sales. Shire has a ma­jor AD­HD fran­chise.

I would sus­pect that af­ter all the buildup, an ap­proval would have been shout­ed from the roof tops. So there may well have been at least been a snag in their plans. Or worse. The way the rules work now, a pri­vate com­pa­ny is free to say what­ev­er it likes. Or noth­ing at all.