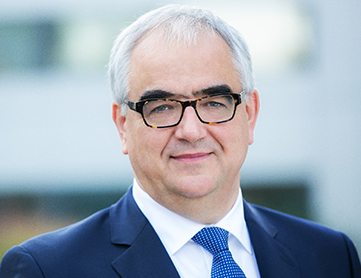 Some an­a­lysts have been do­ing the math and say it all adds up to a like­ly takeover bid — or should. Reuters cites Bern­stein an­a­lyst Wimal Ka­pa­dia as one of the match mak­ers in the an­a­lyst-ranks that pic­tures a nat­ur­al walk down the M&A aisle for the two com­pa­nies, with the phar­ma con­glom­er­ate ab­sorb­ing the drug, the pipeline and the sci­en­tists who made it all hap­pen.

Nei­ther Stof­fels or Van de Winkel, mean­while, are talk­ing up a buy­out at this stage — con­tent to stay fo­cused on their work as part­ners. Both are pub­lic com­pa­nies and the ex­ecs are skilled at not cross­ing any dis­clo­sure lines.

Still, as long as the news from Gen­mab/J&J re­mains up­beat on the front, you can ex­pect plen­ty more spec­u­la­tion on a takeover bid. With deals run­ning slow, the mar­ket will make up for the lack of fire with lots of new smoke.