Af­ter its dis­ap­point­ing Ro­va-T flop last month, Ab­b­Vie is shoring up its sol­id tu­mor bets with a fresh­ly inked re­search deal that should elic­it new strate­gies for tu­mor at­tack. This time, Ab­b­Vie is hop­ing to use po­ten­tial­ly safer, next-gen CAR-Ts that have been cook­ing in the labs of a San Diego re­search in­sti­tute for the past few years.

The phar­ma gi­ant is buy­ing an ex­clu­sive four-year li­cense to tech de­vel­oped at the Cal­i­for­nia In­sti­tute for Bio­med­ical Re­search — bet­ter known as Cal­i­br — to in­ter­ro­gate some of its own can­cer tar­gets, in­clud­ing sol­id tu­mors. Cal­i­br is bring­ing to the ta­ble a plat­form based on a “switch­able” CAR-T cell. I talked with Travis Young, Cal­i­br’s di­rec­tor of pro­tein sci­ences, last Fri­day to find out what that ac­tu­al­ly means. Young tells me it’s about re­duc­ing tox­i­c­i­ty and get­ting a more durable re­sponse from CAR-Ts, which are known to cause safe­ty is­sues. 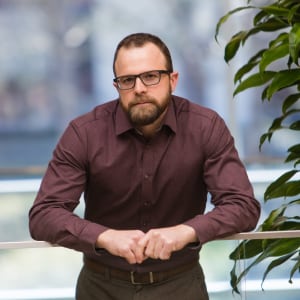 “Rather than killing off the cells in the case of an ad­verse event, this is more proac­tive,” Young said.

The main fo­cus of the col­lab­o­ra­tion will be Ab­b­Vie’s can­cer tar­gets, but Cal­i­br is al­so work­ing on a liq­uid tu­mor pro­gram of its own that might come in­to play down the road. Young said the yet-named pro­gram is a CD19 tar­get­ed switch­able CAR-T ther­a­py, which the in­sti­tute plans to take in­to Phase I for lym­phoma in 2019. As part of the deal, Ab­b­Vie has the op­tion to li­cense that pro­gram (and oth­ers at Cal­i­br). That op­tion ex­pires in four years, how­ev­er.

You didn’t used to see re­search in­sti­tutes mov­ing pro­grams in­to the clin­ic, but its be­com­ing an in­creas­ing­ly pop­u­lar strat­e­gy for non-prof­it re­search cen­ters and uni­ver­si­ties. The idea is that it helps them cre­ate a source of rev­enue in­de­pen­dent from the fed­er­al gov­ern­ment and phil­an­thropy. 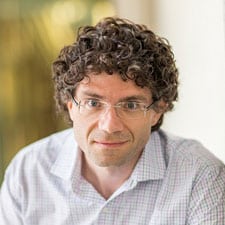 “We’re at the head of this new theme to take your as­sets — your IP orig­i­nat­ed at the in­sti­tute — and take them for­ward in­to clin­i­cal de­vel­op­ment,” Cal­i­br and Scripps Re­search COO Matt Trem­blay told me.

Ab­b­Vie’s on­col­o­gy and clin­i­cal de­vel­op­ment ex­per­tise will be a boon to the re­source-slim Cal­i­br, but the phar­ma gi­ant was al­so in need of this deal. The com­pa­ny dis­ap­point­ed in­vestors in March when news that its Ro­va-T pro­gram post­ed poor mid-stage re­sults for third-line non-small cell lung can­cer. That was a re­al blow, con­sid­er­ing it was hoped to be a $5 bil­lion earn­er for the com­pa­ny.