Af­ter near­ly two decades in the haze of pre­clin­i­cal and clin­i­cal de­vel­op­ment, things seem to be com­ing in­to fo­cus for Al­ny­lam Phar­ma­ceu­ti­cals.

Two years ago the com­pa­ny land­ed the first ap­proved drug for RNA in­ter­fer­ence (RNAi), a No­bel Prize-win­ning tech­nique dis­cov­ered in plants and pi­o­neered around the turn of the cen­tu­ry. Then last year, they land­ed an­oth­er ap­proval. Now, fresh off a mas­sive in­vest­ment from Black­stone, they’ve re­ceived an FDA pri­or­i­ty re­view des­ig­na­tion for a third ther­a­py, set­ting them up to po­ten­tial­ly nab three dif­fer­ent ap­provals in three con­sec­u­tive years.

The FDA, which has al­so grant­ed the drug break­though ther­a­py sta­tus and a pe­di­atric rare dis­ease des­ig­na­tion, is sched­uled to rule on the drug by De­cem­ber 3. No ad­vi­so­ry com­mit­tee has been sched­uled.

For Al­ny­lam, a third ap­proval would be a key step in their march to­ward prof­itabil­i­ty. Black­stone in­vest­ed up-to $2 bil­lion in the com­pa­ny last month, in part in ex­change for Al­ny­lam’s share of roy­al­ties on a fourth RNAi drug, in­clisir­an — a po­ten­tial block­buster cho­les­terol in­jectable that has been sub­mit­ted to the FDA by No­var­tis but orig­i­nal­ly emerged at Al­ny­lam. The move was viewed by an­a­lysts as a key step to­wards mak­ing the com­pa­ny prof­itable. De­spite rev­enue from their first ap­proved drug, On­pat­tro, they lost near­ly a $1 bil­lion last year, as the R&D costs of their grow­ing clin­i­cal pro­grams swelled.

In Phase III re­sults an­nounced last De­cem­ber, the drug met both the pri­ma­ry end­point — the re­duc­tion in base­line ox­alate over 3 to 6 months — and all six sec­ondary end­points.

Like the first two Al­ny­lam drugs, lumasir­an tar­gets gene ex­pres­sion in the liv­er. The or­gan, where the body fil­ters all for­eign sub­stances, has been the fore­most tar­get for RNA ther­a­peu­tics, and one of the key long-run­ning ques­tions about the tech­nol­o­gy is how well Al­ny­lam and oth­ers will be able to get their drugs to the rest of the body. Even in­clisir­an, the cho­les­terol drug, works by si­lenc­ing a gene, PC­SK9, that’s pre­dom­i­nant­ly ex­pressed in the liv­er.

An an­swer, though, may be com­ing soon. Al­ny­lam’s Covid-19 pro­gram will use an in­halant form of RNA, so that it can reach the ep­ithe­lial cells where Covid-19 takes root. That pro­gram is set to en­ter the clin­ic in col­lab­o­ra­tion with Vir Biotech­nol­o­gy by the end of the year. 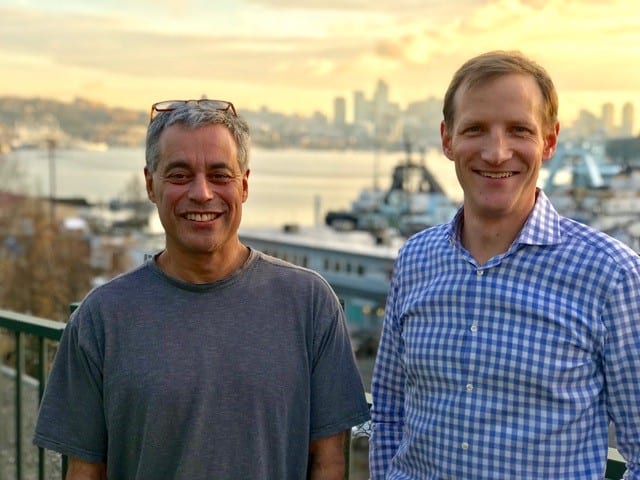 It’s been less than a month since Lumen Bioscience announced a $16 million Series B to engineer spirulina — a nutrient-packed super food — for diseases like traveler’s diarrhea, norovirus and C. difficile colitis. And now, the biotech has pulled in another $4 million to do the same for Covid-19.

The approach is quite similar to other gastrointestinal targets the company is pursuing, co-founders and Brian Finrow and Jim Roberts said. The Seattle-based company is working on a camelid antibody cocktail to combat GI infection common among Covid-19 patients. In a study published in the American Journal of Gastroenterology, a majority of Covid-19 patients showed GI and respiratory symptoms, and 25% had only GI symptoms.