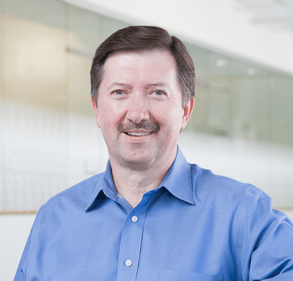 Sig­nif­i­cant­ly, the heavy­weight part­ners — who will share the US mar­ket­ing rights — are launch­ing this CGRP pi­o­neer with a list price of $6,900 a year. That num­ber comes in well be­low the $8,000 to $10,000 spread that Ex­press Scripts had al­ready warned would be un­ac­cept­able to them. It’s al­so well un­der the $8,500 fig­ure the In­sti­tute for Clin­i­cal and Eco­nom­ic Re­view pen­cilled in for their re­view, which they con­sid­ered too cost­ly for all but the most se­ri­ous­ly af­flict­ed.

That mes­sage clear­ly got through to the man­u­fac­tur­ers. Am­gen in par­tic­u­lar has had to work out some deals on its PC­SK9 drug to get that past steep pay­er hur­dles.

They’ll be sell­ing their drug at $575 list for once month­ly 70 or 140 mg sin­gle-use in­jec­tors. And some­thing to keep in mind: Dis­ease ad­vo­cates say that mi­graines aren’t un­com­mon, cost­ing the econ­o­my tens of bil­lions of dol­lars a year for the dev­as­tat­ing at­tacks.

Steve Miller, chief med­ical of­fi­cer of Ex­press Scripts, had raised a warn­ing flag on this drug, try­ing to steer the com­pa­nies away from a high whole­sale price, which would be used to set out-of-pock­et costs for con­sumers and a high-wa­ter mark for pay­ers to dis­count against.

“If your ex­pec­ta­tion is that you are not go­ing to ac­tu­al­ly get that high list price, then don’t do that to pa­tients who have high co-pays,” Miller told Reuters. “Let’s be more bal­anced. Let’s get back to where gross-to-net is not so dif­fer­ent.”

Ex­press Scripts gave the drug price a quick thumbs up this morn­ing, but that doesn’t mean that they’ll make the drug read­i­ly avail­able to every­one who asks for it. A spokesper­son tells me: 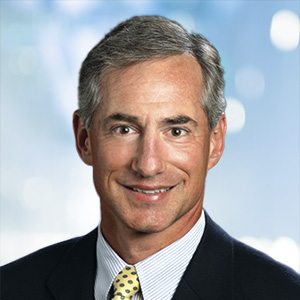 “We be­lieve they are pric­ing the drug re­spon­si­bly at the low­er end of the val­ue-based price range. We be­lieve there is a se­ri­ous un­met need for pa­tients with mi­graine. How­ev­er, not all pa­tients will need this ther­a­py. We see it for peo­ple with mi­graine who have failed pre­ven­tive ther­a­py. We will en­sure ap­pro­pri­ate pa­tients have ac­cess to this med­i­cine and will put a pri­or au­tho­riza­tion pro­gram in place to help pay­ers get the most val­ue for the mon­ey they spend.”

In a sign of the times, Am­gen and No­var­tis mar­ket­ing teams are wast­ing no time set­ting up an ag­gres­sive cam­paign to fo­cus more at­ten­tion on mi­graine as they roll out a ma­jor mar­ket­ing ef­fort. And they’ve got a pa­tient sup­port group — Aimovig Al­ly — ready to roll.

Time is a cru­cial fac­tor here. Eli Lil­ly is lined up as the sec­ond en­try to the CGRP space in a mat­ter of months, with fa­mil­iar da­ta on its abil­i­ty to sig­nif­i­cant­ly cut the num­ber of mi­graines chron­ic suf­fer­ers have to en­dure. Then there’s Te­va, which has to en­dure a dam­ag­ing de­lay for its ther­a­py. And lit­tle Alder is wait­ing in the wings as Al­ler­gan press­es ahead with an oral drug they’d like to use to leapfrog every­one.