Nuevo­lu­tion first tied up with the large US biotech in 2016 to work on find­ing fresh can­cer and neu­ro­science drugs for Am­gen, in a deal that made it el­i­gi­ble to re­ceive up to $410 mil­lion in de­vel­op­men­tal mile­stones for any ther­a­py that makes it across the fin­ish line. In 2018, Am­gen opt­ed-in on two pro­grammes and is now cov­er­ing de­vel­op­ment costs, and can ex­er­cis­es its op­tion to li­cense the can­di­dates. 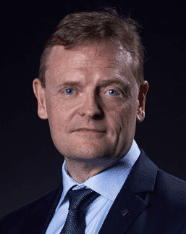 Am­gen has al­so sweet­ened the deal by of­fer­ing Nuevo­lu­tion’s full-time em­ploy­ees a “re­ten­tion” deal to in­cen­tivize them to re­main with the com­pa­ny fol­low­ing the po­ten­tial takeover. The US drug­mak­er has al­so pledged to nei­ther al­ter the com­po­si­tion of Nuevo­lu­tion’s man­age­ment team nor the lo­ca­tions it cur­rent­ly works in.

Giv­en the 2017 tax re­form, Am­gen al­so has about $26 bil­lion in its cof­fers, which it can use to go shop­ping. The big Cal­i­for­nia-based biotech­nol­o­gy com­pa­ny has sug­gest­ed there are more deals in the ear­ly stages at at­trac­tive val­u­a­tions, ver­sus lat­er stages, which tend to be over­priced based on risk vs re­turn, Wer­ber said.