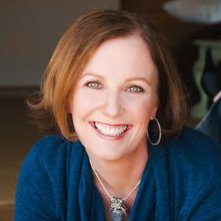 Am­plyx CEO Cia­ra Kennedy says that the San Diego-based biotech more than dou­bled its to­tal raise be­fore this round af­ter fin­ish­ing up the Phase I pro­gram. As the gov­ern­ment has steadi­ly upped the in­cen­tives it’s us­ing to en­cour­age de­vel­op­ment of drug-re­sis­tant in­fec­tion fight­ers, law­mak­ers moved the goal post for her com­pa­ny up to Phase II — mak­ing this a “re­al­ly in­ter­est­ing and ex­cit­ing time.”

It’s a big round for Am­plyx, which has 19 staffers. But in ad­di­tion to the pair of Phase II tri­als they’re ready­ing to launch — which will take a cou­ple of years to wrap — the biotech al­so has to com­plete its man­u­fac­tur­ing prep work, tox stud­ies and so on to ready a move in­to the mar­ket if they get a green light.

Kennedy was part of the ex-Lu­me­na gang that found­ed Am­plyx. Ini­tial­ly the COO, Mike Grey had helmed the com­pa­ny at first, then stepped up to ex­ec­u­tive chair­man at the be­gin­ning of this year as Kennedy moved in­to the CEO role. Shire bought out Lu­me­na in a $260 mil­lion-plus deal in 2014, leav­ing the ex­pe­ri­enced group free to do a start­up.

That back­ground sug­gests an­oth­er sale could be in the off­ing, if the da­ta look good. But Kennedy isn’t about to get boxed in to one fate like that. Phase II biotechs like to have choic­es.

The prod­uct is aimed at high vol­ume hos­pi­tals and is in­tend­ed to fill the role of a pre­ferred an­ti-in­fec­tive. Fight­ing drug-re­sis­tant cas­es — sin­gling out the lethal Can­di­da au­rus — will be im­por­tant to its quick suc­cess. But Kennedy sees this as a front-line drug with a new mech­a­nism of ac­tion; a first choice rather than a last chance. It’s some­thing a ded­i­cat­ed sales team could field.

But she isn’t rul­ing a sale out ei­ther. Ei­ther way, now isn’t the right time for a deal.

Says Kennedy: “I think the com­pa­nies that are com­mer­cial­ly ac­tive in the an­ti-in­fec­tive world tend to be the kind of com­pa­ny that pay more lat­er for a de-risked prod­uct.” So at or near the reg­u­la­to­ry fin­ish line works best on tim­ing.

In the mean­time, Am­plyx has a grow­ing and ded­i­cat­ed ven­ture crowd hap­py to bear the risk and wait for the re­wards.