An­gion and part­ner Vi­for Phar­ma’s ANG-3777 failed to beat out place­bo in terms of im­prov­ing eGFR, a mea­sure of kid­ney func­tion, in pa­tients who had re­ceived a de­ceased donor kid­ney trans­plant and were at high risk of de­vel­op­ing what is known as de­layed graft func­tion, ac­cord­ing to Phase III re­sults re­leased Tues­day. 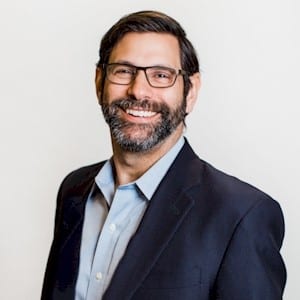 “We are dis­ap­point­ed in the out­come of this tri­al,” An­gion CEO Jay Venkate­san said in a state­ment. “While we saw sig­nals of ac­tiv­i­ty for ANG-3777, we hoped ANG-3777 would ro­bust­ly demon­strate a ben­e­fit for trans­plant re­cip­i­ents who have no treat­ment op­tions when their trans­plants have DGF. The to­tal­i­ty of the DGF da­ta, to­geth­er with the CSA-AKI da­ta ex­pect­ed lat­er this year, will in­form our clin­i­cal strat­e­gy with re­spect to ANG-3777 go­ing for­ward.”

It’s an ug­ly re­sult for An­gion and Vi­for just months af­ter ANG-3777 flunked a test in se­vere Covid-19 pa­tients, one of many re­pur­posed drugs that have failed to pass muster dur­ing the pan­dem­ic.

The Phase II ALI-201 study test­ed four dos­es of ANG-3777 in 59 Brazil­ian pa­tients with an­oth­er 61 re­ceiv­ing stan­dard of care. The tri­al’s pri­ma­ry end­point was sur­vival free from the need for me­chan­i­cal ven­ti­la­tion or dial­y­sis at 28 days. There were more pa­tient deaths in the ANG-3777 arm, An­gion said, but those weren’t be­lieved to be tied to the ther­a­py.

At the time, An­gion said it still had plans to pur­sue ANG-3777’s de­vel­op­ment in acute lung in­jury giv­en some promis­ing pre­clin­i­cal da­ta, but these lat­est re­sults could cast doubt on that ef­fort.

The com­pa­ny was trad­ing down more than 55% af­ter hours Tues­day and is cur­rent­ly sit­ting on $100 mil­lion in cash re­serves.