Af­ter get­ting start­ed in 2017 with a $25 mil­lion launch round, Fu­sion Phar­ma­ceu­ti­cals has bagged a $105 mil­lion mega round to ad­vance their work on new ra­dio­phar­ma­ceu­ti­cals, a field that has gar­nered new at­ten­tion as No­var­tis builds up its pipeline in the same are­na.

Their lead drug, now sit­ting on the thresh­old of Phase I, us­es an an­ti­body to guide al­pha-par­ti­cle emit­ting med­ical iso­topes to can­cer cells, cre­at­ing a kind of flash grenade of lo­cal­ized ra­di­a­tion to kill ma­lig­nant cells. And they’re tout­ing an in-house plat­form tech for link­ers they say will help pa­tients clear their bod­ies of med­ical iso­topes that aren’t bound to can­cer cells. 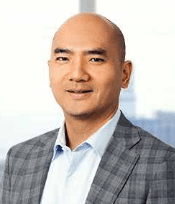