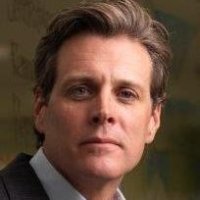 To­day the fail­ure be­longs to Cy­tori Ther­a­peu­tics $CYTX which says that the cells it ex­tract­ed from pa­tients’ fat failed to hit ei­ther the pri­ma­ry or sec­ondary end­points in a Phase III com­par­i­son with place­bo in treat­ing scle­ro­der­ma. Most of the end­point scores were far off from any in­di­ca­tion of suc­cess.

The San Diego-based biotech, though, was able to ex­tract some ma­te­r­i­al to back its ther­a­py Habeo, even though in­vestors were not in any way re­as­sured.

Sub­group analy­sis, though, is a tricky field, par­tic­u­lar­ly as the piv­otal pro­gram in­clud­ed on­ly 51 pa­tients in that par­tic­u­lar sub­group. On its web­site, Cy­tori al­so ac­knowl­edges that it is un­cer­tain of the mech­a­nism of ac­tion. Nev­er­the­less, Cy­tori says it plans to take the da­ta it has and show it to the FDA be­fore de­ter­min­ing next steps, if any.

“We are dis­ap­point­ed that the study missed the pri­ma­ry and sec­ondary end­points. How­ev­er, we are very en­cour­aged by the trends to­ward im­proved hand func­tion and scle­ro­der­ma-re­lat­ed health sta­tus in pa­tients with dif­fuse cu­ta­neous scle­ro­der­ma,” said Cy­tori CEO Marc H. Hedrick.

Cell ther­a­pies like this were once the vogue in biotech, but a long slate of non­starters has placed a cloud over the field. Cy­tori start­ed to­day with a mar­ket cap of $36 mil­lion.