Back in No­vem­ber 2016, when No­vavax was pick­ing up the scraps from a Phase III crash of its RSV vac­cine in old­er adults, the com­pa­ny point­ed to the Gates Foun­da­tion-backed pro­gram to test the vac­cine in in­fants as a “sig­nif­i­cant com­mer­cial op­por­tu­ni­ty.” It went on to be­come the lead pro­gram as No­vavax mount­ed an ar­du­ous come­back cam­paign for RSV-F vac­cine. 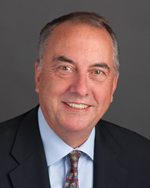 In­vestors showed lit­tle pa­tience for a com­pa­ny that’s been quick with ex­pla­na­tions but slow to de­liv­er. The stock $NVAX tanked more than 65% in pre-mar­ket trad­ing to $2.13.

What the treat­ment did achieve — and this is the sil­ver lin­ing that ex­ecs are hold­ing on­to as they try to beat down a path to ap­proval — was pro­tect­ing in­fants from “some of the most se­ri­ous con­se­quences of RSV, in­clud­ing RSV LR­TI hos­pi­tal­iza­tions and RSV LR­TI with se­vere hy­pox­emia,” CEO Stan­ley Er­ck said in a state­ment.

In oth­er words, ex­ecs elab­o­rat­ed on a con­fer­ence call, while the vac­cine was not deemed ef­fec­tive for com­mon — but less se­vere — man­i­fes­ta­tions of the res­pi­ra­to­ry syn­cy­tial virus, it ap­pears to pro­tect the small group of in­fants who get the worst at­tacks.