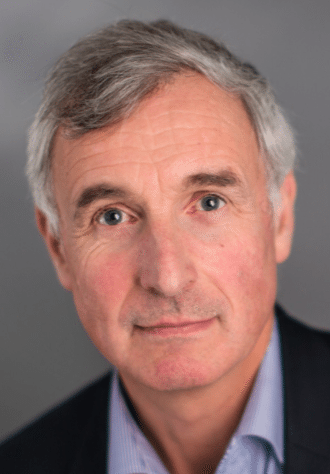 Chris Mar­tin’s ADC Ther­a­peu­tics has roped in a $105 mil­lion mega-round to back his an­ti­body-drug con­ju­gate start­up ADC Ther­a­peu­tics, based in Lau­sanne, Switzer­land. Found­ing in­vestor Au­ven Ther­a­peu­tics came back in for the sec­ond fundrais­ing, along with the Wild Fam­i­ly Of­fice and phar­ma gi­ant As­traZeneca, which has been part­nered with the biotech.

The biotech has now raised $255 mil­lion for its work, with plans to launch an IPO when the tim­ing is right. And some of this new mon­ey is be­ing re­served to build out man­u­fac­tur­ing op­er­a­tions.

“The bot­tom line is that we’ve tak­en 2 drugs in­to 4 clin­i­cal tri­als and those tri­als have done well,” Mar­tin tells me. And now that Seat­tle Ge­net­ics as well as Ab­b­Vie’s new­ly ac­quired Stem­cen­tryx team (ac­quired in a jaw-drop­ping $5.8 bil­lion buy­out) have moved straight from Phase Ib in­to reg­is­tra­tional stud­ies with AD­Cs, the CEO be­lieves that his com­pa­ny can do the same thing. This new round not on­ly ex­pands the pipeline, it al­so al­lows for the launch of a cou­ple of piv­otal stud­ies.

The biotech may be based in Lau­sanne, but it’s thor­ough­ly glob­al. ADC has a man­u­fac­tur­ing arm in the San Fran­cis­co area. It has pre­clin­i­cal R&D in Lon­don and the clin­i­cal-stage team is in New Jer­sey. Right now 42 peo­ple are on staff, which Mar­tin says will now scale up to the high 50s in short or­der.

Mar­tin helped arrange the sale of UK-based Spirogen to As­traZeneca in 2013, and then joined the phar­ma com­pa­ny for 18 months be­fore leap­ing back in­to biotech and join­ing the Spirogen spin­off as CEO.