Ar­ray Bio­phar­ma stock got a bounce out of the up­beat as­sess­ment of the sec­ond part of its Phase III study of binime­tinib com­bined with en­co­rafenib, demon­strat­ing their abil­i­ty to sig­nif­i­cant­ly im­prove pro­gres­sion free sur­vival rates for pa­tients with BRAF-mu­tant ad­vanced melanoma. The top-line re­sults lay the foun­da­tion for an NDA, the com­pa­ny adds, which is ex­pect­ed to be de­liv­ered to the FDA this sum­mer. 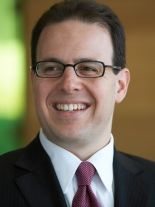 Ar­ray’s shares $AR­RY surged 20% on Wednes­day as in­vestors and an­a­lysts got a chance to con­sid­er the da­ta on the MEK/BRAF in­hibitors. And while some of the an­a­lysts cov­er­ing the biotech felt that the Phase III news was a def­i­nite plus, there was a feel­ing that a sub­se­quent­ly an­nounced part­ner­ship with Mer­ck in­volv­ing Keytru­da — in which the phar­ma gi­ant will sim­ply con­tribute a quan­ti­ty of their check­point drug for a study — was a bit of a let­down af­ter spec­u­la­tion that a mon­ey deal was in the works.

The surge in the stock price helped re­pair some of the dam­age done a cou­ple of months ago when CEO Ron Squar­er had to walk back a promise that they had the da­ta need­ed for its first ap­proval of binime­tinib for NRAS-pos­i­tive melanoma.

Giv­en the pos­i­tive out­come of COLUM­BUS tri­al Part 1 & 2, the like­li­hood of ap­proval of the binime­tinib/en­co­rafenib com­bi­na­tion in mid-2018 re­mains high which was ex­pect­ed by most in­vestors.

Schmidt was less im­pressed with Ar­ray’s deal with Mer­ck to com­bine binime­tinib with Keytru­da for col­orec­tal can­cer in an ear­ly study to test its po­ten­tial.

As the field for monoclonal antibody treatments of Covid-19 grows more crowded, AstraZeneca has announced a study of its own cocktail AZD7442 did not meet its main goal of preventing symptomatic Covid-19.

The company’s long-acting antibody combo was used in a trial with unvaccinated adults about the age of 18 with confirmed exposure. AZD7442 reduced the risk by just 33%, a figure that was not statistically significant.