This new­ly ap­proved med­i­cine, which used to be called RBP-7000, is a long-act­ing in­jectable de­liv­ered un­der the skin once per month. The drug con­tains risperi­done, a go-to treat­ment for schiz­o­phre­nia that’s al­ready FDA ap­proved. But In­di­v­ior’s ver­sion us­es an ex­tend­ed re­lease de­liv­ery sys­tem to form a de­pot that pro­vides sus­tained lev­els of the drug over the course of the month. The hope, In­di­v­ior says, is to help boost pa­tients’ ad­her­ence to tak­ing the drug. 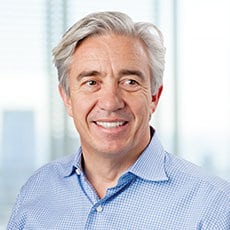 And that threat is loom­ing over In­di­v­ior, cast­ing a shad­ow on its new drug ap­proval for Perseris. In its lat­est fi­nan­cial state­ments, In­di­v­ior couldn’t pro­vide earn­ings guid­ance for the year while the mat­ter re­mained open, and the com­pa­ny not­ed that gener­ic com­pe­ti­tion had sig­nif­i­cant­ly cut in­to its US mar­ket share.