Astel­las and Seagen made a big splash with their Nectin-4 tar­get­ing ther­a­py Pad­cev in late 2019, scor­ing a con­di­tion­al FDA ap­proval to tar­get urothe­lial can­cer. Now, the re­sults are in for the con­fir­ma­to­ry study for that in­di­ca­tion, and it looks like a re­sound­ing win for Pad­cev.

With the full con­fir­ma­to­ry da­ta in hand, the part­ners are aim­ing to file for a com­plete FDA ap­proval by the end of March and then roll out sub­mis­sions in­to tar­get­ed mar­kets around the globe, the com­pa­ny said in a re­lease. Pad­cev, an an­ti­body-drug con­ju­gate, cur­rent­ly sports an ac­cel­er­at­ed ap­proval from the FDA as the first ther­a­py of its kind to tar­get the Nectin-4 pro­tein.

In that set­ting, 52% of pa­tients who re­ceived Pad­cev had an ob­jec­tive re­sponse with a me­di­an du­ra­tion of re­sponse of 10.9 months.  Twen­ty per­cent of Pad­cev pa­tients had a com­plete re­sponse, and 31% had a par­tial re­sponse. The part­ners plan to sub­mit EV-201 as part of their FDA ap­pli­ca­tion in March and will pick and choose where to sub­mit those da­ta for glob­al reg­u­la­to­ry re­views. 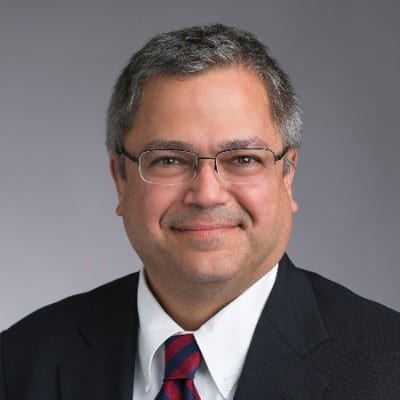 “Even though Nectin-4 is known to be ex­pressed in the skin and is called out in the US­PI, as we’re work­ing with reg­u­la­tors we want to make sure this is some­thing that’s called out to pre­scribers in par­tic­u­lar,” he told End­points News.

Af­ter fol­low­ing through in late-stage urothe­lial can­cer, Krivoshik said the teams at Astel­las and Seagen are look­ing for op­por­tu­ni­ties to take Pad­cev in­to ear­ly stages of the dis­ease as well as in oth­er tu­mor types with high Nectin-4 ex­pres­sion.

One of those ear­ly-stage ef­forts — a com­bo study along­side PD-(L)1 in­hibitor Keytru­da from Mer­ck — could even­tu­al­ly bear fruit and build a case for the ADC class on the whole in ear­li­er set­tings. Ul­ti­mate­ly, how­ev­er, the part­ners are most fo­cused on break­ing ground for un­der­served pa­tients, Krivoshik said.

“We re­al­ly look for ar­eas where there are high un­met need,” he said.

Ed­i­tor’s Note: This sto­ry has been up­dat­ed to cor­rect an er­ror. Astel­las and Seagen’s “Dear HCP” let­ter is not tied to its FDA sub­mis­sion pack­et.