Mod­er­na Ther­a­peu­tics has had one of the most suc­cess­ful records in biotech for rais­ing mon­ey to back dis­cov­ery-stage R&D work. And now it’s bank­ing $140 mil­lion more from As­traZeneca as the biotech steps its way through ear­ly clin­i­cal stage work. 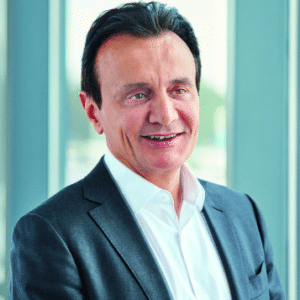 They don’t get much more rev­o­lu­tion­ary than Mod­er­na, a pri­vate com­pa­ny which be­lieves its mR­NA plat­form tech can de­liv­er the nec­es­sary pack­age to spur cells to pro­duce ther­a­peu­tics, es­sen­tial­ly turn­ing bod­ies in­to drug fac­to­ries. The deal with As­traZeneca cov­ers new drugs for car­dio­vas­cu­lar, meta­bol­ic and re­nal dis­eases as well as can­cer.