The tri­al, in which the main goal was dis­ease-free sur­vival (DFS), was stopped on the rec­om­men­da­tion of an in­de­pen­dent da­ta mon­i­tor­ing com­mit­tee based on its de­ter­mi­na­tion of “over­whelm­ing ef­fi­ca­cy,” the British drug­mak­er said, adding that the com­pa­ny would con­tin­ue to as­sess the sec­ondary end­point of over­all sur­vival. 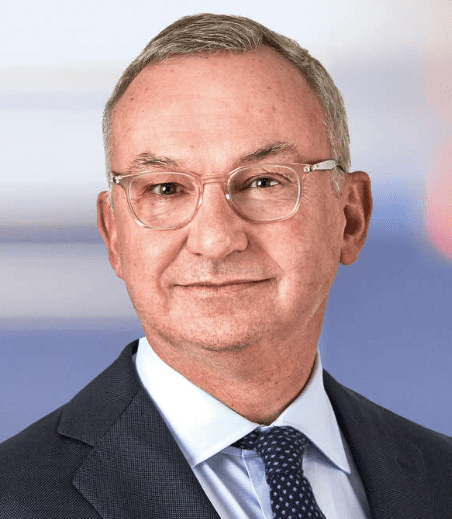 No new safe­ty con­cerns were re­port­ed, and de­tailed da­ta will be pre­sent­ed at a lat­er date. Plans for reg­u­la­to­ry sub­mis­sions are al­so un­der­way. “Lung can­cer is a dev­as­tat­ing di­ag­no­sis and for the first time an EGFR-tar­get­ed med­i­cine can now pro­vide the hope of a cure,” said José Basel­ga, ex­ec­u­tive VP of On­col­o­gy R&D, in a state­ment.

The drug is al­ready ap­proved as the first line of de­fense in pa­tients with metasta­t­ic EGFR mu­ta­tion-pos­i­tive NSCLC.

Lung can­cer is the lead­ing cause of can­cer death glob­al­ly, ac­cord­ing to the WHO. The two main types of lung can­cer are non-small cell and small cell, and NSCLC ac­counts for about 85% of all cas­es. Mu­ta­tions in the EGFR gene oc­cur in 10% to 35% of pa­tients with NSCLC — and the use of EGFR ty­ro­sine ki­nase in­hibitors (TKIs) has trans­formed the ar­se­nal of tools used to fight the dead­ly dis­ease.

Tagris­so is a third-gen­er­a­tion EGFR TKI. This Tagris­so tri­al is the first to demon­strate the ben­e­fit of tar­get­ed EGFR in­hi­bi­tion in the ad­ju­vant NSCLC set­ting and the drug will like­ly gain ap­proval in this in­di­ca­tion by 2021 with no com­peti­tors in sight, wrote Cowen an­a­lyst Steve Scala in a note.

Buoyed by the per­for­mance of its on­col­o­gy drugs, last year As­traZeneca bet big to part­ner with Dai­ichi Sankyo on a can­cer drug, with $1.35 bil­lion up­front in a deal worth up to rough­ly $7 bil­lion. Rough­ly 8 months lat­er, as 2019 drew to a close, the FDA swift­ly ap­proved the drug — trastuzum­ab derux­te­can — for use in breast can­cer, months ahead of the ex­pect­ed de­ci­sion date.