Af­ter reel­ing back a gene ther­a­py from Sanofi, a North Car­oli­na up­start bags enough mon­ey to do some­thing about it

Af­ter spend­ing some time in Sanofi’s pipeline, a gene ther­a­py for a ge­net­ic eye dis­ease that caus­es blind­ness is now back in the hands of its cre­ators at At­se­na Ther­a­peu­tics. And on Wednes­day, the North Car­oli­na-based start­up land­ed a $55 mil­lion Se­ries A to push it through a Phase I/II tri­al.

At­se­na’s founders, pow­er cou­ple Shan­non and San­ford Boye, did some ear­ly work on the gene ther­a­py at the Uni­ver­si­ty of Flori­da in the ear­ly 2000s, be­fore it was li­censed by Sanofi. The biotech launched this year with $8 mil­lion in fund­ing, then li­censed the can­di­date from Sanofi for an undis­closed amount in Ju­ly. 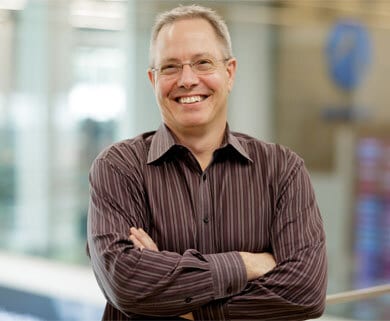 “This is a very good tar­get for gene ther­a­py. It’s mono­genic. It has a well-de­fined sin­gle gene char­ac­ter­is­tic. Im­por­tant­ly, the struc­ture of the reti­na is well-pre­served, so we think that the like­li­hood of suc­cess in gene ther­a­py should al­so be quite high be­cause the cells are there, they’re just not func­tion­al,” Ritschel said.

In ad­di­tion to sup­port­ing that tri­al, the fi­nanc­ing will al­so be used to build out the team, com­plete man­u­fac­tur­ing de­vel­op­ment for Phase III, and ad­vance the biotech’s pre­clin­i­cal pro­grams to­ward an IND. At­se­na has a pre­clin­i­cal can­di­date for MYO7A-as­so­ci­at­ed Ush­er syn­drome (USH1B) that was al­so de­vel­oped in the Boyes’ labs, and an­oth­er mys­tery can­di­date that it has yet to re­lease de­tails on. And Ritschel is look­ing to add at least an­oth­er 20 staffers by 2021.

Spark Ther­a­peu­tics won ap­proval for their own oph­thalmic gene ther­a­py back in 2017. The drug, Lux­tur­na, treats pa­tients with in­her­it­ed reti­nal dis­ease due to mu­ta­tions in both copies of the RPE65 gene. In some cas­es, a de­fect in that gene re­sults in LCA.

“We’re re­al­ly ex­cit­ed,” Ritschel said. “I think that this is a com­pa­ny that has got a lot of pro­grams, very sol­id sci­ence be­hind it. It’s got great founders, strong sup­port from the Uni­ver­si­ty of Flori­da where a lot of the tech­nol­o­gy orig­i­nat­ed from. And I think we’re look­ing for­ward to re­al­ly build­ing things out.”

Af­ter reel­ing back a gene ther­a­py from Sanofi, a North Car­oli­na up­start bags enough mon­ey to do some­thing about it