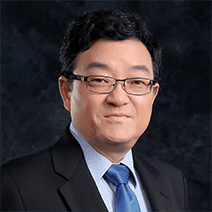 Now, In­ven­tis­Bio spreads its clin­i­cal de­vel­op­ment team be­tween the US and Chi­na with help from a crew of CRO sup­port, plow­ing away at small mol­e­cule drugs for can­cer and meta­bol­ic dis­eases. Its most ad­vanced as­sets, D-0316 and D-0120, tar­get non-small cell lung can­cer and gout re­spec­tive­ly.

Wang pre­vi­ous­ly told End­points News that he will be field­ing In­ven­tis­Bio’s first ap­proval in the next year or so, by mov­ing di­rect­ly from Phase I in­to piv­otal tri­als. That am­bi­tious time­line seems less like­ly now, though with strong fi­nan­cial back­ing and a help­ful NM­PA — which en­cour­aged do­mes­tic in­no­va­tion by green­light­ing the first home­grown check­points just weeks ago — the com­pa­ny will still be look­ing to move as fast as it can.