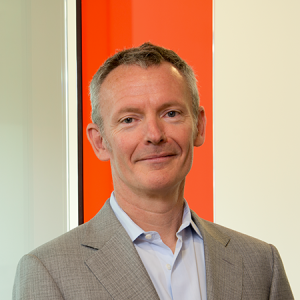 The round com­pletes a se­ries of moves by eF­FEC­TOR, which has moved from pre­clin­i­cal tests to check on the po­ten­tial of a com­bo to ear­ly-stage monother­a­py work to test the drug in a small group of can­cer pa­tients. Pfiz­er had agreed to share the costs of the com­ing Phase II tri­als with eF­FEC­TOR, and Pfiz­er Ven­ture In­vest­ments took the lead on the new round, which brings its to­tal raised to $150 mil­lion.

The biotech’s lead drug is eFT508, an oral in­hibitor of MNK 1 and 2 ki­nas­es that play a role in evad­ing an im­mune sys­tem at­tack. About a month ago Pfiz­er, Mer­ck KGaA and eF­FEC­TOR signed off on a col­lab­o­ra­tion to fund a split Phase II study that will test a com­bi­na­tion of their two ther­a­pies against colon can­cer with a monother­a­py arm for eFT508.

In Wor­land’s view, the lead drug has po­ten­tial as a monother­a­py, but its best use could well be in com­bi­na­tion with check­point in­hibitors like the PD-L1 drug avelum­ab or LAG3 or oth­er check­points. He ex­pects to have Phase II da­ta avail­able from the pro­gram in mid-2018, but Wor­land isn’t cer­tain that in­ves­ti­ga­tors will be able to pull all the num­bers to­geth­er in time for AS­CO.

Wor­land, the for­mer CEO of Anadys, which was ac­quired by Roche, snagged a $45 mil­lion A round to start the com­pa­ny in 2013, then fol­lowed that with $56 mil­lion more for the B round.