Every six months for the past two years or so, five renowned sci­en­tists and biotech vets — David Shen of NGM Bio, Ar­lene Sharpe and Vi­jay Kuchroo of Har­vard, Juno co-founder Phil Green­berg and Uni­ver­si­ty of Chica­go’s Tom Gajew­s­ki — would meet. There (most re­cent­ly at Na­pa Val­ley over wine), as a sci­en­tif­ic ad­vi­so­ry board, they would of­fer ad­vice to a biotech start­up based an ocean away in Shang­hai, on their quest to un­cov­er new tar­gets and new an­ti­body ther­a­peu­tics for im­muno-on­col­o­gy. 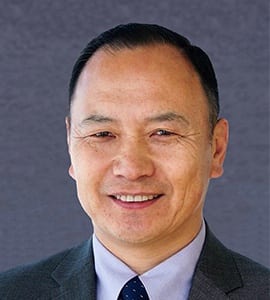 That com­pa­ny, Elpi­science, is now tak­ing the wraps off a $100 mil­lion Se­ries B to ush­er two of its 12 com­pounds through clin­i­cal tri­als, bring a cou­ple in­to the clin­ic, and in-li­cense more from glob­al part­ners.

Mean­while, thanks to a RMB$150 mil­lion ($21.4 mil­lion) col­lab­o­ra­tion with Bank of Chi­na and Agri­cul­tur­al Bank of Chi­na, they will al­so be build­ing their own man­u­fac­tur­ing fa­cil­i­ties — big enough to even­tu­al­ly trans­fer all pro­duc­tion back from con­tract man­u­fac­tur­ers.

Elpi­science found it­self in the right place at the right time, CEO Dar­ren Ji told End­points News, as Shang­hai es­tab­lish­es it­self as a biotech hub on par with both the Cam­bridges or the Bay Area.

“I told my in­vestors es­sen­tial­ly I will have my man­u­fac­tur­ing ca­pa­bil­i­ties, with all equip­ment and peo­ple in a year with­out spend­ing in­vestors’ mon­ey yet,” he said.

By this time next year, Ji added, he ex­pects to have grown his team from 50 to 120, in­clud­ing more staffers on the chem­istry, man­u­fac­tur­ing and con­trol as well as clin­i­cal and reg­u­la­to­ry sides. 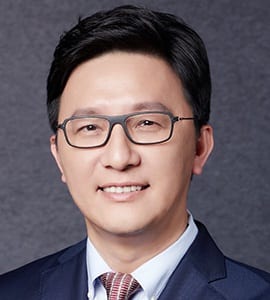 A new CMO will soon join from the US, Ji said, to help steer clin­i­cal pro­grams for ES101 and ES102, with an ini­tial fo­cus on lung can­cer. Elpi­science had in-li­censed the two com­pounds — the first a bis­pe­cif­ic hit­ting 4-1BB se­lec­tive­ly up­on PD-L1 bind­ing, the sec­ond an OX40 ag­o­nist — from La Jol­la-based In­hi­brx.