Over­all, the VG­PR rate was 28.4% in the zanubru­ti­nib arm and 19.2% in the ibru­ti­nib arm (no pa­tients achieved a com­plete re­sponse in ei­ther arm). But since the dif­fer­ence was not sta­tis­ti­cal­ly sig­nif­i­cant, zanubru­ti­nib missed the main goal of the study. 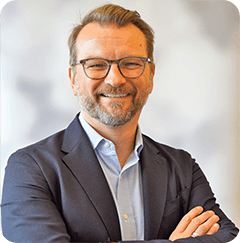 “Ob­vi­ous­ly, the hope was for the pri­ma­ry end­point to be met,” he not­ed in an in­ter­view with End­points News.

“But I think, the pic­ture here…in terms of ef­fi­ca­cy is some­what in­com­plete, you know the changes we do see a high­er VG­PR rate with zanubru­ti­nib and ear­ly PFS re­sults are sort of go­ing in the same di­rec­tion. So, I think this par­tic­u­lar re­sult is more in­com­plete rather than go­ing against our hy­poth­e­sis.”

There are some dif­fer­ences in the way that the tri­al is de­signed (for ex­am­ple, it first looks at non-in­fe­ri­or­i­ty and then su­pe­ri­or­i­ty) as well as the fact that it has more pa­tients, which gives BeiGene con­fi­dence that there still could be a pos­i­tive read­out, Hedrick added.

“Our hy­poth­e­sis wasn’t to make a safer drug, it was to make a more ef­fi­ca­cious drug by be­ing able to shut down BTK any­where in your body 24 hours a day, sev­en days a week,” BeiGene chief John Oyler told End­points News ear­li­er this year.

But by kick­ing off the head-to-head tri­al long be­fore scor­ing its first FDA ap­proval, BeiGene had sig­naled its con­fi­dence in Brukin­sa.

Weeks af­ter Am­gen took a $2.7 bil­lion stake in BeiGene, the Bei­jing-based biotech se­cured its first-ever FDA ap­proval for Brukin­sa in No­vem­ber — months ahead of sched­ule — for pre­vi­ous­ly treat­ed pa­tients with man­tle cell lym­phoma (MCL), a typ­i­cal­ly ag­gres­sive, rare, form of blood can­cer. In a first, the ap­proval was based on da­ta from pa­tients that were large­ly based out­side of the Unit­ed States.

Co-found­ed by Oyler and Xi­aodong Wang, BeiGene has close ties with the Unit­ed States, the world’s largest phar­ma­ceu­ti­cals mar­ket. In ad­di­tion to a cadre of part­ner­ships with small and mid-sized US drug de­vel­op­ers, the com­pa­ny sells a raft of Cel­gene drugs in Chi­na, while Am­gen has tak­en a hefty  20.5% stake in the drug­mak­er.

Beigene is a promi­nent mem­ber of a pack of Chi­nese biotech firms that have mush­roomed to cater to the sky­rock­et­ing rates of can­cer in the re­gion, with an eye on the lu­cra­tive US drug mar­ket, and have lured mil­lions in ven­ture fund­ing and pub­lic list­ings.

Mean­while, the FDA last month ex­pand­ed the use of As­traZeneca’s Calquence in pa­tients with CLL.