A month af­ter roil­ing in­vestors with what skep­tics dis­missed as cher­ry pick­ing of its de­pres­sion da­ta, Min­er­va is back with a clean slate of da­ta from its Phase IIb in­som­nia tri­al. 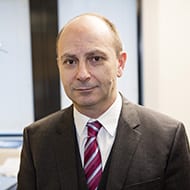 But per­haps more in­ter­est­ing were the sec­ondary analy­sis in which sel­torex­ant seems to work bet­ter than Am­bi­en in terms of LPS as well as WA­SO-6, a mea­sure­ment of dis­turbed sleep through­out the night. That was true on Night 13 on both scores, no­table be­cause Am­bi­en did not show su­pe­ri­or­i­ty over place­bo on the same night, like­ly due to a known, wan­ing ef­fect of the stan­dard-of-care drug.

Min­er­va had much less to say about safe­ty — a big deal on sleep drugs — oth­er than that it’s well tol­er­at­ed, with treat­ment-emer­gent ad­verse events (TEAEs) tak­ing place in 33.8% of pa­tients across the three drug arms com­pared to 49.3% in place­bo group and 42.5% in the Am­bi­en co­hort. The FDA sets a high bar on safe­ty for sleep drugs, cre­at­ing a chal­lenge that has kept most small play­ers out of a dif­fi­cult field. Mar­ket­ing is al­so a big chal­lenge, even for the ma­jor bio­phar­mas.

That tri­al saw a de­crease in the Mont­gomery-As­berg De­pres­sion Rat­ing Scale among the 20 mg group, where pa­tients were treat­ed with the oral pill along­side stan­dard an­ti­de­pres­sant ther­a­pies.

Pa­tients with de­pres­sion who al­so strug­gle to sleep — around 105 to­tal be­tween the drug and place­bo arms — showed a big­ger im­prove­ment in the MADRS than the over­all tri­al pop­u­la­tion, the com­pa­ny had re­port­ed.