With roots in Cam­bridge, UK dat­ing back to 2009, Bi­cy­cle has a foot plant­ed in the big Boston/Cam­bridge hub on the oth­er side of the At­lantic. It owes its name on the syn­thet­ic short pep­tides it’s de­vel­op­ing, which are made up of 9 to 15 amino acids and cre­ate two loops like the wheels of a bi­cy­cle. The the­o­ry is that the small­er struc­ture and ad­justable half-life al­lows their drugs to do their job — drop­ping a pay­load ei­ther aimed at a dis­ease tar­get or an im­mune re­sponse — and get out of the body quick­er than an­ti­bod­ies, low­er­ing the hur­dle on tox­i­c­i­ty. 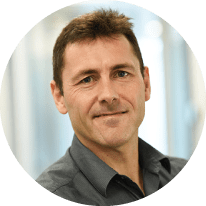 Bi­cy­cle has raised $147 mil­lion in cash so far for its large­ly pre­clin­i­cal dri­ve from pacts and VCs, with a big as­sist from the cor­po­rates in­clud­ing No­var­tis and SR One, still a part of GSK. Ver­tex, SV and At­las are al­so in for some eq­ui­ty.