In the past cou­ple of months, he’s round­ed up two tranch­es of cash to­tal­ing $31.5 mil­lion from a grow­ing band of back­ers, with Bill Gates com­ing back to join new, wealthy in­vestor Fred Knoll in a syn­di­cate that has strayed far off the typ­i­cal start­up fund­ing path in biotech.

But that’s not his on­ly di­ver­gence from the stan­dard course. He’s ex­e­cut­ed a “clean” re­verse merg­er with a com­plete­ly emp­ty shell to go out on­to the OTC mar­ket — not Nas­daq. And, back in the norm, he’s fol­lowed up on his first round of Phase I da­ta with plans to line up a se­ries of Phase II stud­ies to put his plat­form tech to a cru­cial test. 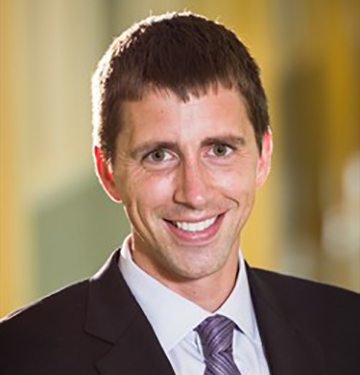 “We thought, giv­en the in­vestor base, this was a sim­pler way” to go pub­lic, Giljo­hann told me over the week­end about his OTC plans, af­ter de­tail­ing the lat­est batch of $11.2 mil­lion to come through from his syn­di­cate. “For us it was the best avail­able op­tion to take the com­pa­ny pub­lic.” The Nas­daq route was not avail­able to them.

It hasn’t hurt hav­ing Bill Gates in­vest in each round. This new batch of in­vestors in­cludes Luye Phar­ma, a big Chi­nese group that has been spread­ing its wings in the US and Knoll Cap­i­tal In­vest­ment, which man­ages a fam­i­ly for­tune that wasn’t hurt at all af­ter Pfiz­er bought out Medi­va­tion, where Knoll was one of the top 5 in­vestors to cash out. And let’s not for­get Ea­ger In­fo In­vest­ments and Pur­ple Arch Ven­tures, a group of North­west­ern alum, hap­py to help sup­port a biotech which emerged from the lab of North­west­ern chemist Chad Mirkin.

The SNAs can use an­ti­sense or RNAi path­ways to do their du­ty in reg­u­lat­ing gene ex­pres­sion. And the com­pa­ny is putting it on the line first with skin cells.

There are three clin­i­cal stage pro­grams.

Go­ing pub­lic puts them on the SEC’s map, where they’ll have to file all their fi­nan­cials. An ini­tial 8K pro­vides some in­sight in­to their part­ner­ship with Pur­due, which signed a $780 mil­lion part­ner­ship on 005, where they are tak­ing the lead on the clin­i­cal work. Ac­cord­ing to the fil­ing, Pur­due got that deal rolling with a mod­est $10 mil­lion up front, with the rest due in mile­stones.

The next big stage for Ex­i­cure in­volves some de­tailed Phase II da­ta in some big dis­eases. Mak­ing a splash here won’t be easy. But it’s all been work­ing so far.