The Gates Foun­da­tion has signed up to take a role in the grow­ing pub­lic-pri­vate re­sponse to a brew­ing pan­dem­ic. 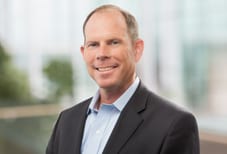 “Mul­ti­lat­er­al or­ga­ni­za­tions, na­tion­al gov­ern­ments, the pri­vate sec­tor and phil­an­thropies must work to­geth­er to slow the pace of the out­break, help coun­tries pro­tect their most vul­ner­a­ble cit­i­zens and ac­cel­er­ate the de­vel­op­ment of the tools to bring this epi­dem­ic un­der con­trol,” said new Gates Foun­da­tion CEO Mark Suz­man. “Our hope is that these re­sources will help cat­alyze a rapid and ef­fec­tive in­ter­na­tion­al re­sponse. This re­sponse should be guid­ed by sci­ence, not fear, and it should build on the steps that the World Health Or­ga­ni­za­tion has tak­en to date.”

Gates’ in­volve­ment comes as a host of play­ers di­rect ef­forts to hus­tle up new an­tivi­rals and vac­cines to blunt and even­tu­al­ly end an out­break of the Wuhan virus, which has now in­fect­ed thou­sands and killed hun­dreds. As new cas­es are re­port­ed out­side of Chi­na, ex­perts are in­creas­ing­ly afraid that the fast-spread­ing virus could trig­ger a pan­dem­ic that could force the death toll much, much high­er.

Re­gen­eron was one of the most re­cent com­pa­nies to jump in, along­side Mod­er­na, Vir, Cure­Vac and many oth­ers. Gilead has been in the spot­light as well with its ex­per­i­men­tal an­tivi­ral. But in this sit­u­a­tion, where de­vel­op­ment bar­ri­ers are steep and the de­mand is sky-high, it re­mains un­cer­tain how fast ther­a­pies and vac­cines can be de­vel­oped — and how ef­fec­tive they will prove to be.

Troy Wilson was working with J&J on their KRAS inhibitor and periodically thumbing through their publications when he spotted an old drug called tipifarnib that looked promising. So promising, in fact, that the large pharma had run it through over 5,000 patients across 70 trials, hoping they would at some point be able to nail down who were the small slice of patients who responded in some studies.