Af­ter get­ting slapped hard by crit­ics for the way it han­dled their re­cent tri­al sum­ma­ry for their Alzheimer’s drug BAN2401, Ei­sai and their part­ners at Bio­gen $BI­IB turned up at an Alzheimer’s con­fer­ence in Barcelona to present their de­fense of the da­ta af­ter crunch­ing the num­bers again. But it’s not play­ing their way, with Bio­gen’s stock slid­ing as key an­a­lysts re­fused to for­give or for­get.

The two com­pa­nies man­aged to lose a lot of cred­i­bil­i­ty when an­a­lysts found out that at the re­quest of reg­u­la­tors — deeply con­cerned about the threat of ARIA-E — in­ves­ti­ga­tors pulled high-risk APOE4 car­ri­ers out of the high­est treat­ment arm in their study, cre­at­ing an im­bal­ance be­tween the drug group and place­bo that may have skewed the re­sults in the drug’s fa­vor. 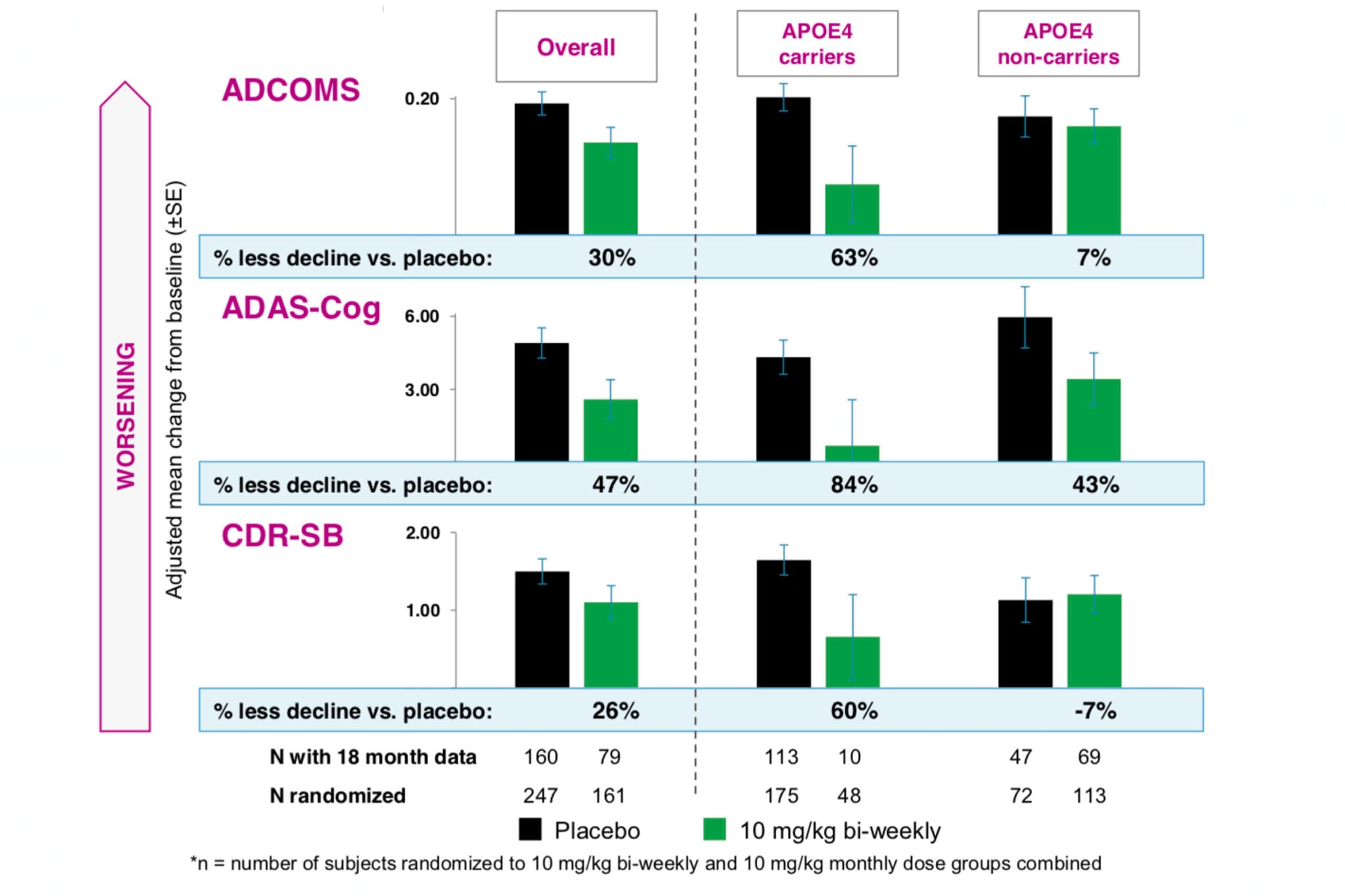 Count Ge­of­frey Porges, a skep­tic, as deeply dis­ap­point­ed by what was on dis­play to­day.

In our view this da­ta is con­fus­ing, sug­gest­ing on­ly lim­it­ed val­ue for BAN2401 in the car­ri­er pop­u­la­tion, while the small num­ber of pa­tients re­main­ing on drug at the 18-month time point and lack of clear dose re­spons­es di­min­ish the re­li­a­bil­i­ty of this dataset.

Ex­pect plen­ty of ad­di­tion­al feed­back on this one. All sub­group analy­sis is sub­ject to ques­tion. Some ob­servers have al­ready not­ed that you can’t pull out these com­par­isons on enough pa­tients to of­fer a clear pic­ture on out­comes rel­a­tive to APOE4. The com­pa­nies al­so came up with a new end­point to as­sess, which isn’t al­ways en­dorsed. And the high dose was clear­ly linked to a much high­er rate of ARIA-E, with 10% and 14% of the pa­tients in the two high­est dos­es suf­fer­ing from brain swelling, which won’t help its chances.

Bio­gen has a tremen­dous amount at stake here. There’s been a grow­ing cho­rus of crit­ics who say the da­ta are in­creas­ing­ly clear that symp­to­matic pa­tients can’t sig­nif­i­cant­ly ben­e­fit from any drug tar­get­ing amy­loid be­ta. And that makes their big play on ad­u­canum­ab in­creas­ing­ly risky.