Bio­gen, UCB step up to kick the tires at Acor­da as buy­out buzz grows — re­port 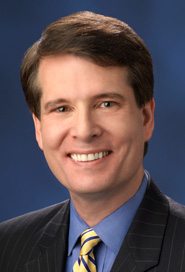 Ru­mors have been swirling that days af­ter the biotech re­port­ed­ly brought in ad­vis­ers to help prep for a sale, some bid­ders have be­gun to step up to the ta­ble. And ear­ly Fri­day Bloomberg re­port­ed that Bio­gen and UCB have stepped up to kick the tires, along with pos­si­ble in­ter­est from Asian drug­mak­ers.

The one key as­set on the ta­ble right now is the lev­odopa drug CVT-301, which is back in front of reg­u­la­tors af­ter the FDA kicked it back with a refuse-to-file let­ter.

Acor­da has seen its share price swell back up as talk of a buy­out be­gan to heat up 12 days ago. Its mar­ket cap is at $1.16 bil­lion, and the spec­u­la­tion now cen­ters on what kind of a pre­mi­um the strug­gling biotech can fetch for its one key as­set.

Buy­out buzz, though, is just what the mar­ket loves the most. And this morn­ing Acor­da’s shares are up 17% in pre-mar­ket trad­ing.

Just two months ago Acor­da had to scrap its late-stage drug tozadenant af­ter 5 pa­tients died in a clin­i­cal tri­al. Acor­da paid $363 mil­lion in cash to ac­quire a Finnish com­pa­ny so it could add the drug to the pipeline.

Any sale of Acor­da now would amount to a sim­ple bolt-on for any ac­quir­er. Co­hen made it clear that he was get­ting rid of much of the rest of the pipeline when he an­nounced cut­backs last year. And the re­main­ing staff would face deep, deep cuts by any ac­quir­er look­ing to jus­ti­fy the price.

Bio­gen, UCB step up to kick the tires at Acor­da as buy­out buzz grows — re­port