Bio­haven touts a pair of PhI­II wins for mi­graine pill, but shares ric­o­chet off of weak da­ta

In­vestors didn’t like the num­bers ear­ly Mon­day morn­ing, send­ing shares $BHVN down 40%. That clear­ly wasn’t the way Bio­haven was bet­ting. The biotech paid Bris­tol-My­ers Squibb $50 mil­lion just a cou­ple of weeks ago to re­struc­ture their li­cens­ing deal, cut­ting the roy­al­ty stream to the sin­gle dig­its. But in the hours up to the close, the stock — backed by some heavy­weight mar­ket play­ers — went on a roller coast­er ride in the red, end­ing the day down 7%.

Al­ler­gan — which will have an­oth­er Phase III tri­al to re­port on — saw its shares rise a bit, while Lil­ly stock jumped close to 2%.

The co-pri­ma­ry end­points for Bio­haven’s oral rimegepant (BHV-3000) was pain free­dom and free­dom from most both­er­some symp­tom 2 hours af­ter tak­ing the pill in two piv­otal stud­ies.

That ev­i­dent­ly may have been sta­tis­ti­cal­ly sig­nif­i­cant, but it wasn’t a big enough spread to con­vince skep­tics won­der­ing about the drug’s clin­i­cal sig­nif­i­cance in a com­pet­i­tive field.

Eli Lil­ly’s las­mid­i­tan — which works by hit­ting 5-HT1F re­cep­tors — did even bet­ter, de­spite be­ing dogged by high place­bo rates. Lil­ly $LLY, which paid $960 mil­lion to buy CoLu­cid and las­mid­i­tan, al­so has a CGRP drug that has per­formed in line with the rest of the in­jecta­bles.

Back-to-back Phase II­Is, how­ev­er, won’t trans­late in­to a quick FDA fil­ing. Bio­haven not­ed in a re­lease that it won’t be ready to file un­til 2019, keep­ing up with Al­ler­gan on that score. 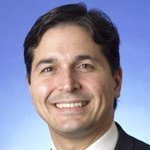 The one com­mon char­ac­ter­is­tic of these drugs is that they all per­form in re­mark­ably sim­i­lar ways, leav­ing oral de­liv­ery and price as two fea­tures that these two new ther­a­pies can com­pete on. Al­ler­gan has al­so had to ex­plain some cas­es of liv­er tox in its first Phase III — a con­cern for the class — while Bio­haven says it saw noth­ing to alarm in­ves­ti­ga­tors in its Phase III stud­ies.

Bio­haven CEO Vlad Coric had this to say:

Bio­haven shares al­so took a beat­ing last fall when their Phase II/III study of tri­grilu­zole demon­strat­ed not on­ly that it didn’t work bet­ter than a place­bo in treat­ing spin­ocere­bel­lar atax­ia, but pa­tients in the study al­so re­port­ed in larg­er num­bers that the place­bo helped them more than the drug.

Bio­haven touts a pair of PhI­II wins for mi­graine pill, but shares ric­o­chet off of weak da­ta