If you want a brief glimpse at the root cause of the quag­mire that health­care pol­i­cy rep­re­sents in the US, check out Mod­ern Health­care’s list of the 100 most in­flu­en­tial peo­ple in the in­dus­try. 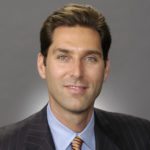 Aside from some key politi­cians, who pro­fes­sion­al­ly dis­agree on al­most every­thing, pay­ers and their lob­by­ing or­ga­ni­za­tions oc­cu­py the most im­por­tant posts in this pow­er game. Big Bio­Phar­ma? A no show, ex­cept for PhRMA chief Steve Ubl. Drug de­vel­op­ers? Just one, Patrick Soon-Sh­iong, who is found near the end. His bil­lion­aire sta­tus and pho­to ops rub­bing shoul­ders with the DC crew like­ly played a role in that se­lec­tion. If bio­phar­ma is tru­ly vir­tu­al­ly shut out of DC, as this list in­di­cates, then look to pay­ers and the next set of po­lit­i­cal pow­er play­ers in the post-elec­tion phase to de­ter­mine your fate. That isn’t re­al­ly the case, but it can’t be an ap­pe­tiz­ing thought.