BioX­cel $BTAI shares ticked up by as much as 10% in pre-mar­ket trad­ing Tues­day, but af­ter the open­ing bell were down about 7%.

In ad­di­tion, there were two cas­es of hy­poten­sion in the 60-μg co­hort, one mild and one mod­er­ate, as well as one case of mild dizzi­ness.

Jef­feries an­a­lyst Chris How­er­ton took a pos­i­tive view of the da­ta, writ­ing that the 60-μg dose ap­pears to “check all the box­es.” The safe­ty at this dose lev­el looked “clean,” though How­er­ton not­ed be­cause Pre­cedex is known to be more po­tent in el­der­ly pa­tients, he wouldn’t be sur­prised if BioX­cel al­so looked at a 45-μg dose in their piv­otal tri­al. 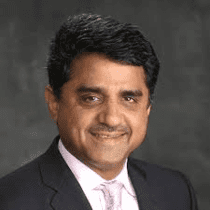 Mehta al­so said on the call that he doesn’t an­tic­i­pate much dis­rup­tion in Phase III en­roll­ment re­lat­ed to the on­go­ing Covid-19 pan­dem­ic.

BioX­cel is one in a slate of biotechs that has raised mil­lions in re­cent years on the promise of us­ing ar­ti­fi­cial in­tel­li­gence to speed the drug de­vel­op­ment process. The com­pa­ny filed for a $69 mil­lion IPO in 2018 less than a year af­ter be­ing found­ed, and has aimed to use its tech to find com­pounds val­i­dat­ed to some de­gree by oth­er com­pa­nies and re­pur­pose them.