When the Greek god of fore­thought, Prometheus, ran in­to con­flict with the king of gods, the mighty Zeus — his pun­ish­ment was pe­cu­liar. Chained to a rock in the Cau­ca­sus moun­tains, Prometheus’ liv­er was of­fered to an ea­gle. Every day the bird would eat part of the or­gan, and every night it would re­gen­er­ate — mak­ing his sen­tence eter­nal. This myth has en­thralled artists and sci­en­tists — and with­in med­i­cine, it is seen sym­bol­i­cal­ly rep­re­sen­ta­tive of the re­gen­er­a­tive ca­pac­i­ty of the liv­er. 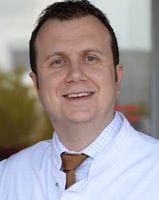