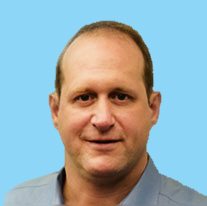 Mills would go on to found a biotech in Cam­bridge, MA called Cyteir. And to­day a group of high pro­file ven­ture back­ers are com­ing up with the $29 mil­lion that Mills and his team need to get in­to the clin­ic with a lead can­cer drug. The CSO is al­so be­ing joined by Cel­gene vet Markus Ren­schler, who’s now the new CEO.

“My whole ca­reer has been spent on DNA dam­age and DNA dam­age re­spons­es,” Mills tells me. The work on RAD51 goes back a decade, and Cyteir was spun out of The Jack­son Lab in 2012, pa­tient­ly do­ing the pre­clin­i­cal work need­ed to ad­vance a lead pro­gram. 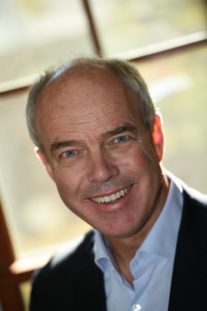 Ren­schler, though, wants to re­tain rights to the drug for now, look­ing to part­ner lat­er as they get deep­er in­to the clin­ic. With enough mon­ey to nab proof-of-con­cept hu­man da­ta, he has op­tions on rais­ing more cash lat­er. Right now he wants to ex­plore just how much val­ue is here be­fore dick­er­ing any of it away.

Start­ing in hema­tol­ogy just makes sense, he adds. Tu­mors that arise from B cells have this ac­ti­vat­ed path­way, he says, high­light­ing DL­B­CL, non-Hodgkin lym­phoma and mul­ti­ple myelo­ma as prime tar­gets. That’s where it’s eas­i­est to find a high num­ber of pa­tients with the AID bio­mark­er.

But Mills and Ren­schler are al­so pumped about their prospects in au­toim­mune dis­eases, not­ing that the same tar­get­ed ap­proach could pro­vide plen­ty of added up­side.

It’s ear­ly days for clin­i­cal work at Cyteir, which will now grow from a vir­tu­al staff of 6 to 20. But they have big plans.