In a ma­jor blow to vac­cine ef­forts, se­nior FDA lead­ers step­ping down 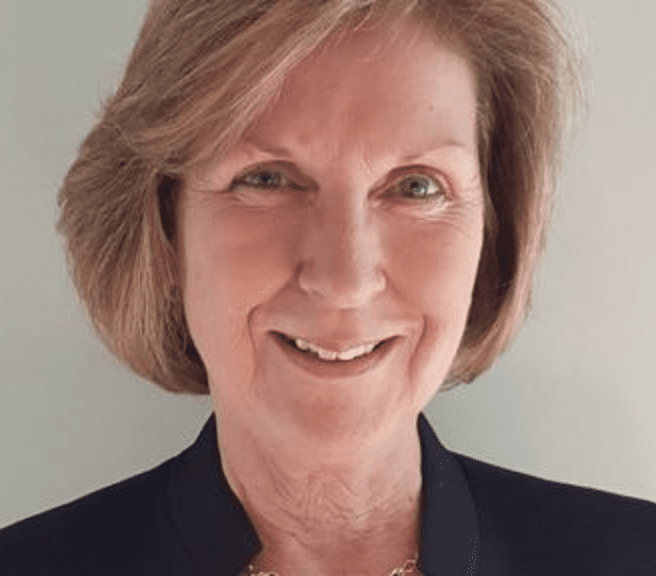 Two of the FDA’s most se­nior vac­cine lead­ers are ex­it­ing from their po­si­tions, rais­ing fresh ques­tions about the Biden ad­min­is­tra­tion and the way that it’s side­lined the FDA.

Mar­i­on Gru­ber, di­rec­tor of the FDA’s Of­fice of Vac­cines Re­search & Re­view and 32-year vet­er­an of the agency, will leave at the end of Oc­to­ber, and OVRR deputy di­rec­tor Phil Krause, who’s been at FDA for more than a decade, will leave in No­vem­ber. The news, first re­port­ed by Bio­Cen­tu­ry, is a mas­sive blow to con­fi­dence in the agency’s abil­i­ty to reg­u­late vac­cines.

The bomb­shell an­nounce­ment comes at a par­tic­u­lar­ly cru­cial mo­ment, as boost­ers and chil­dren’s shots are be­ing weighed by the reg­u­la­tor. The de­par­tures al­so come as the ad­min­is­tra­tion has re­cent­ly jumped ahead of the FDA’s re­views of boost­er shots, an­nounc­ing that they might be avail­able by the week of Sept. 20.

A for­mer se­nior FDA leader told End­points that they’re de­part­ing be­cause they’re frus­trat­ed that CDC and their ACIP com­mit­tee are in­volved in de­ci­sions that they think should be up to the FDA. The for­mer FDAer al­so said he’s heard they’re up­set with CBER di­rec­tor Pe­ter Marks for not in­sist­ing that those de­ci­sions should be kept in­side FDA. What fi­nal­ly did it for them was the White House get­ting ahead of FDA on boost­er shots.

“These two are the lead­ers for Bi­o­log­ic (vac­cine) re­view in the US. They have a great team, but these two are the true lead­ers of CBER. A huge glob­al loss if they both leave,” For­mer BAR­DA di­rec­tor Rick Bright wrote, weigh­ing in on the news. “Dr. Gru­ber is much more than the Di­rec­tor. She is a glob­al leader. Vi­sion­ary mas­ter­mind be­hind glob­al clin­i­cal reg­u­la­to­ry sci­ence for flu, Ebo­la, Mers, Zi­ka, Sars-cov-2, many oth­ers.” 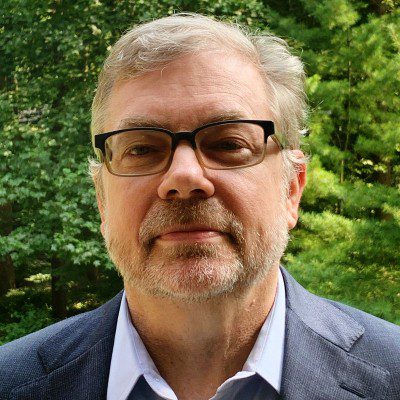 In a let­ter from Marks to staff, he ex­plained: 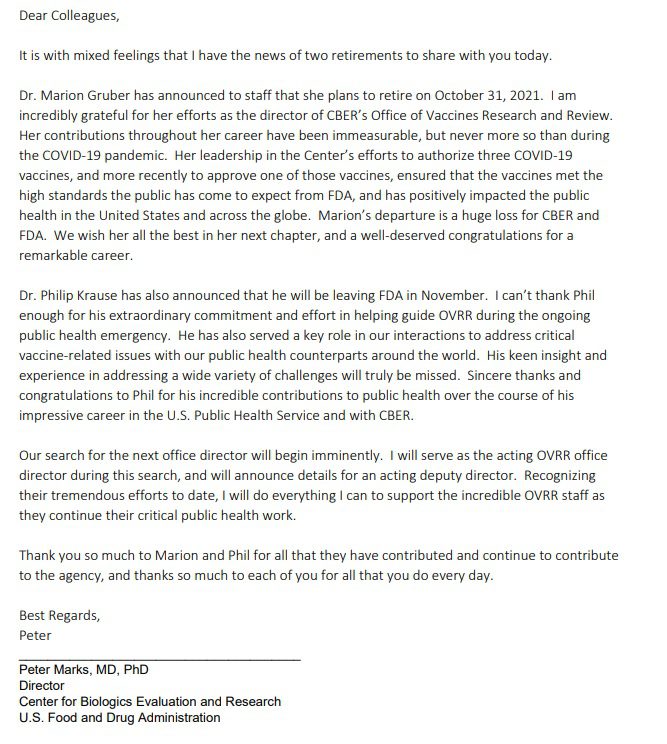 Janet Wood­cock told End­points that she wish­es Gru­ber and Krause well and thanks them for their sig­nif­i­cant ser­vice.

In a ma­jor blow to vac­cine ef­forts, se­nior FDA lead­ers step­ping down