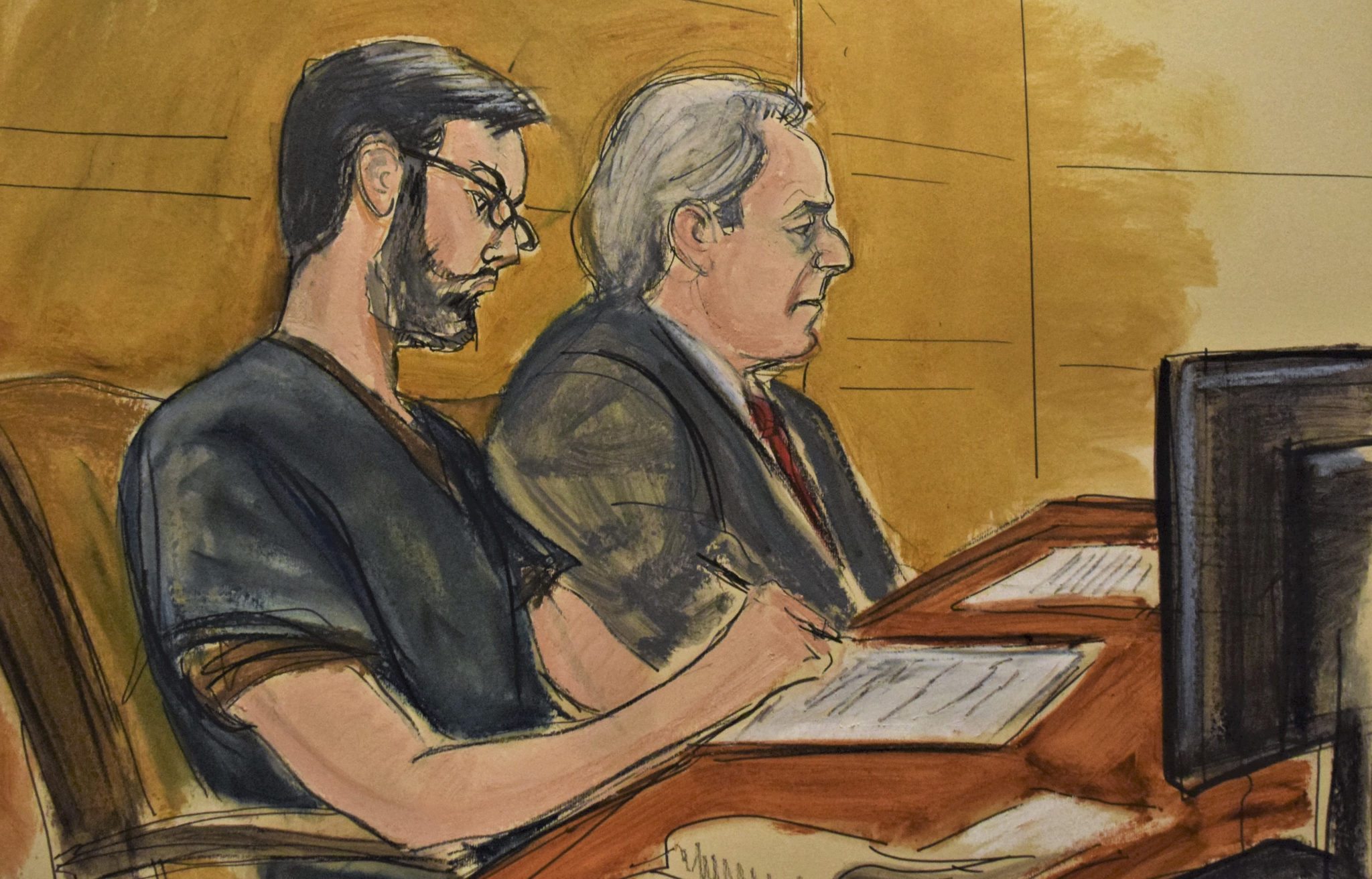 Fed­er­al judge Kiyo Mat­sumo­to in a Brook­lyn court to­day sen­tenced Mar­tin Shkre­li to 7 years on three felony fraud con­vic­tions, end­ing a lengthy pub­lic spec­ta­cle in which the biotech ex­ec man­aged to re­peat­ed­ly en­rage the pub­lic over his drug pric­ing schemes. He was con­vict­ed, though, on charges re­lat­ed to ly­ing to in­vestors in his hedge funds.

In his wrap-up, Braf­man last­ly pled that the judge re­con­sid­er the lev­el of se­cu­ri­ty Shkre­li should be jailed in.

When the gov­ern­ment was up to lay its case against Shkre­li, they did it suc­cinct­ly.

Govt: Shkre­li is a con­vict­ed crim­i­nal, we didn’t say it was be­cause he was a lit­tle off or strange. He was con­vict­ed of 3 of 4 fraud schemes. #PharmaBro #Shkre­li @wcbs880

Govt: This talk of him hav­ing po­ten­tial. A sig­nif­i­cant term in prison won’t de­ny the world of cures to child­hood dis­eases. #PharmaBro #Shkre­li @wcbs880

#Shkre­li: “I still have work to do… I’m here bc of my gross, stu­pid neg­li­gent mis­takes I made at MSMB. This woul dbe a good time to apol­o­gize to all the in­vestors of MSMB.” His voice break­ing: “I’m ter­ri­bly sor­ry I lost your trust. You de­serve bet­ter.”