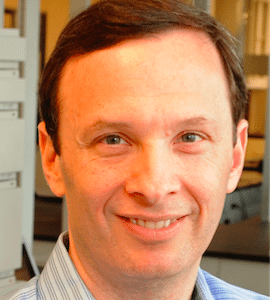 At­las Ven­ture has an­oth­er block­buster biotech flip to boast about — while keep­ing an up­start in the port­fo­lio. And it’s a big one.

Just a lit­tle more than a year af­ter the At­las-in­cu­bat­ed IFM Ther­a­peu­tics achieved liftoff with a $27 mil­lion A round, with a co-lead in­vest­ment from Abing­worth, Bris­tol-My­ers Squibb has stepped in with a buy­out. Bris­tol-My­ers re­searchers are now carv­ing out the work the biotech has done on two pro­grams pro­mot­ing an in­nate im­mune re­sponse to can­cer, and spin­ning out the sig­nif­i­cant re­main­der in­to a new com­pa­ny al­so helmed by IFM co-founder Gary Glick.

To com­plete the deal, Bris­tol-My­ers is pay­ing a whop­ping $300 mil­lion up­front, with a lit­tle more than $1 bil­lion in mile­stones on each of the pre­clin­i­cal pro­grams. And there’s an un­spec­i­fied pay­ment due to se­cure an op­tion on one of its in­nate im­mune sys­tem pro­grams that al­so caught the bio­phar­ma’s eye as well as more biobucks for any oth­er drugs the are de­vel­oped out of the tech­nol­o­gy.

IFM was aimed at a prime tar­get when it jumped in­to view last sum­mer. The two lead can­cer projects look to use small mol­e­cules to ac­ti­vate NL­RP3 and STING, revving up in­nate im­mune re­spons­es that can play a com­ple­men­tary role with adap­tive im­mune ther­a­pies, like Bris­tol-My­ers’ big PD-1 drug Op­di­vo, which thwart a mech­a­nism can­cer cells use to evade an at­tack by im­mune sys­tem T cells. In­nate im­mu­ni­ty at­tacks as an im­me­di­ate guard — or first line of de­fense — against an in­vad­ing pathogen, and among oth­er things can re­cruit cells to the fight. 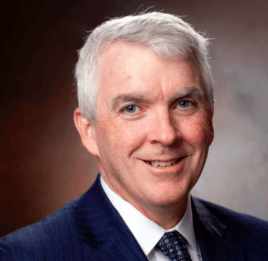 Bris­tol-My­ers is pay­ing more than 10 times the A-round in cash for this com­pa­ny, which will not go un­no­ticed in At­las cir­cles to­day. At­las part­ner Jean-François Formela was chair­man of the com­pa­ny.

For Bris­tol-My­ers, which is look­ing to reignite its once-dom­i­nant check­point ef­fort, it rep­re­sents an­oth­er op­por­tu­ni­ty to steal a march against a slew of ri­vals all look­ing to sec­ond- and third-gen­er­a­tion tie-ups as they an­gle to keep and grow a ma­jor seg­ment of the mar­ket. Its busi­ness de­vel­op­ment group un­der Paul Bion­di has a cold and steady eye when it comes to tech deals, look­ing for ways to gain an ad­van­tage in core fields through this kind of ex­ter­nal ac­qui­si­tion.